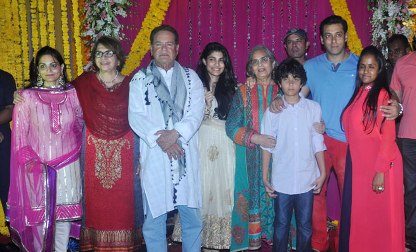 Salman traditionally celebrates Ganesh Chaturthi every year with his family. The festivities of Ganesh festival are also celebrated across the country, as people welcome Lord Ganesh. Other celebrities who also celebrated the festival at their residence include Nana Patekar and Jeetendra.