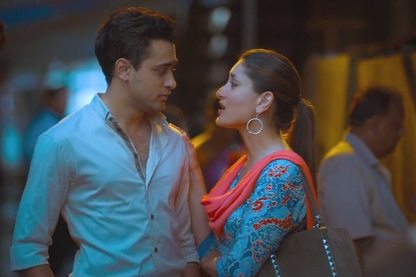 Kareena and Imran were last seen together in the movie ‘Ek Main Aur Ek Tu’. The first trailer video of the movie has been released and became quite popular among fans of the two stars.

This time, the chemistry between the two actors seems to be having a new flavor. The movie is directed by Punit Malhotra and is scheduled to be released on November 22, 2013.