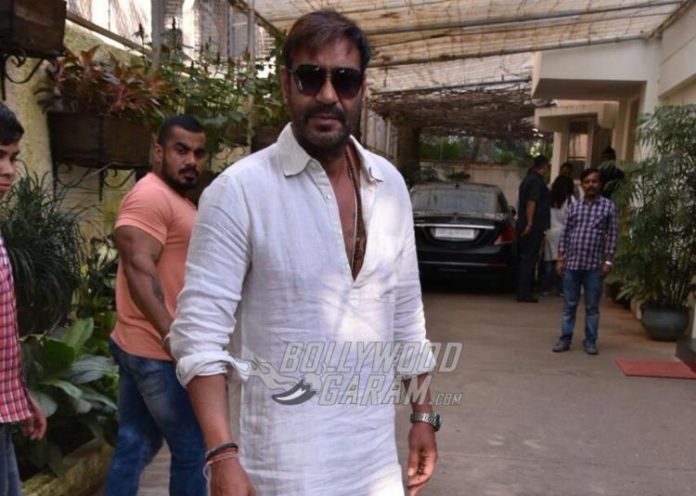 Bollywood’s action star Ajay Devgn, is at present busy shooting for the upcoming comedy Total Dhamaal. The actor was recently in Paris where he spent some family time and also shot for Total Dhamaal.

Reports said that the actor was not well while in Paris but continued shooting despite illness. Since Ajay was not feeling well, the makers kept the shoot schedule light so that the actor could rest.

The Zameen actor is expected to get back to work from April 22, 2018 and has been advised to take ample rest till then. Apart from Total Dhamaal, the actor is also preparing for the upcoming flick Taanaji – The Unsung Warrior. Devgn will be seen playing the role of Subedar Taanaji Malusare who was a military leader in the army of Shivaji and was also the founder of the Maratha Empire during the 17th century.

Ajay Devgn has also signed on the dotted lines for an untitled romantic comedy flick which also features Tabu and Rakul Preet Singh. The actor during a recent interview said, ‘I have always done niche films, which people have started doing only now. In the ’90s, when I started my career, I was the only one who was doing niche films. I did Takshak (1999), Raincoat (2004) and Zakhm (1998), and so many others. I have learnt a lot out of it and now, good people are doing it.” Ajay was last seen in the film Raid, which also stars Ileana D’Cruz and Saurabh Shukla.