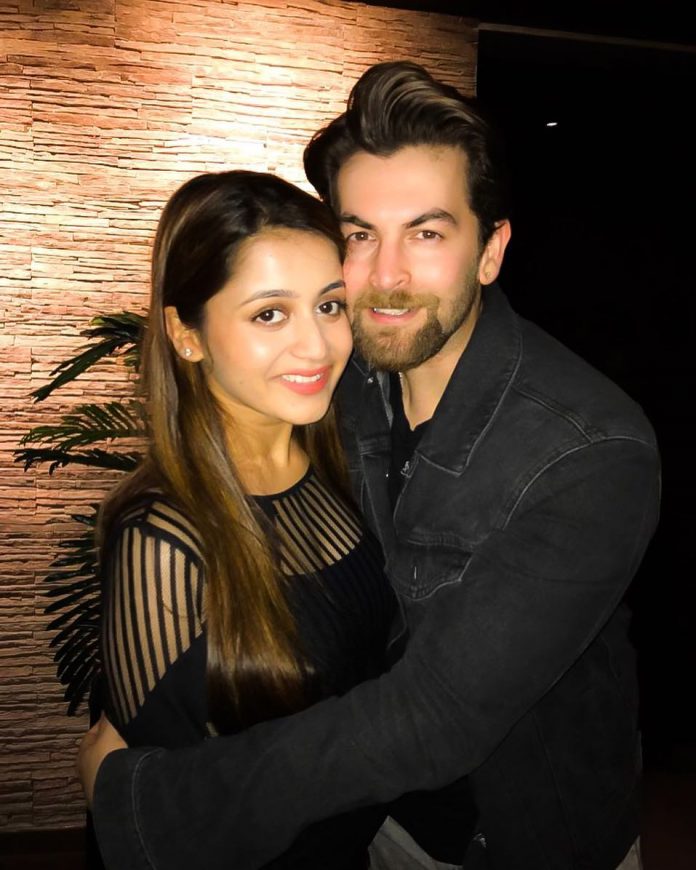 Bollywood actor Neil Nitin Mukesh got married to Rukmini Sahay in an arranged marriage in February 2017. The couple is now expecting their first child together and shared the news on the social media. Neil took his Instagram account and shared a picture of a stork with the baby with the text to be delivered soon.

The post had the caption, “ Now we will be three”. The actor had last year shared a post on social media which read, “Our Each charm represents the most important element of our existence. #Pandora #familyforlife . This family will keep increasing”. The statement had led to speculations that the couple is expecting a baby.

Neil in an earlier interview talked about wife Rukmini and said, “I think she (Rukmini) is just perfect. She is the perfect balance that any man would want in his woman. She is simple, beautiful, loving and all the awesome adjectives I can think of. She fits them all. Our chemistry is outstanding. She understands that I am a little bit of a prankster. I have a habit of joking around and sometimes people don’t understand my jokes. They might get offended sometimes, but she instantly understood the kind of person I am and laughed at every point. She completely understands me in that sense. I love her for that.”

The actor was last seen in the film Golmaal Again, in which he played a negative role and is currently filming for the multilingual film Saaho which also stars Shraddha Kapoor, Prabhas and Evelyn Sharma. The film is directed by Sujeeth Reddy and produced by Vamshi Krishna Reddy and Pramod Uppalapatti. Saaho will be released in Telugu, Hindi and Tamil and the makers started filming in June 2017. The first look poster of the flick was released on October 23, 2017 which marked the birthday of the Baahubali star Prabhas.