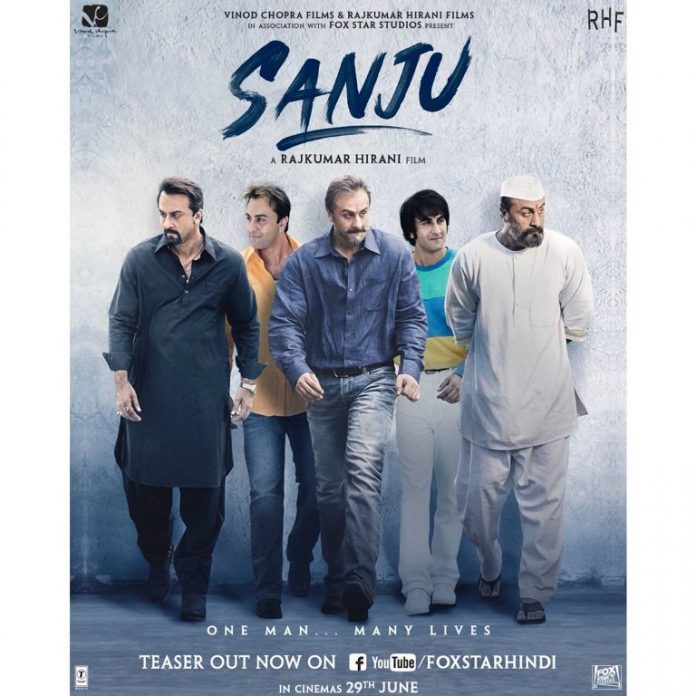 The much awaited upcoming biopic on Sanjay Dutt has a name now. The makers of the film Sanju unveiled a teaser at an event in Mumbai on April 24, 2018. The 1 minute 25 seconds teaser has shown Ranbir Kapoor narrating the various stages of Sanjay Dutt’s life in a comic way.

Talking about the teaser, it begins from Ranbir Kapoor coming out of the Yerwada Jail in Pune, where Sanjay was lodged after he was sentenced for illegal possession of arms. Except Ranbir no other actors from the film can be seen. Kapoor can be seen perfectly portraying Sanjay in his various phases in life. Sanju will be released in theatres on June 29, 2018.