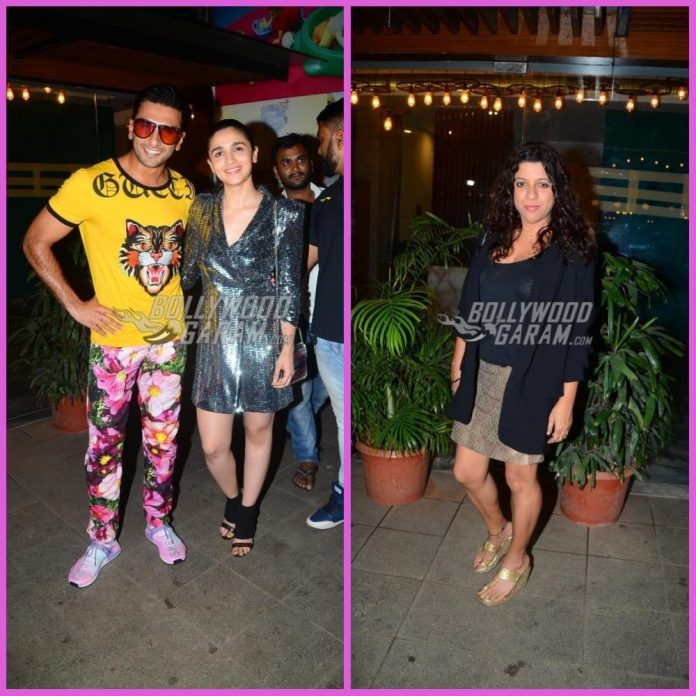 Ranveer Singh and Alia Bhatt recently wrapped filming their upcoming film Gully Boy despite suffering from injuries. The entire team of Gully Boy gathered for a wrap up bash in Mumbai on April 23, 2018.

The party saw the attendance of Alia Bhatt, Ranveer Singh, Kalki Koechlin, Zoya Akhtar, Bosco and Caesar, rapper Divine and others. Alia looked stunning in a shimmery silver outfit while Ranveer was at his quirky best in a floral pyjamas , yellow t-shirt and pink shoes. The two were all smiles and poses for the cameras.

Kalki too looked pretty in a white outfit with a cream waistcoat. Reports say that Kalki will be seen playing the character of a rapper. The upcoming film Gully Boy is a story about Divine and Naezy which will be released in theatres on February 14, 2018. This will be the first time Alia and Ranveer will be seen sharing the screen space together.