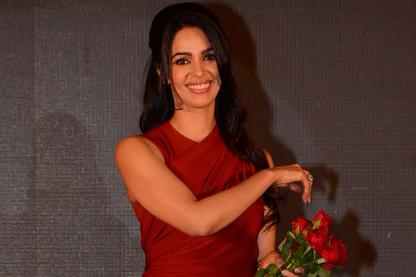 Controversial Bollywood actress – who is known for her boldness – Mallika Sherawat is all set to be seen in the upcoming reality show ‘Bachelorette – Mere Khayalon Ki Mallika’. Apart from appearing on the show, the actress says that she is also open to do a fiction show, if she is provided with a good role.

During the launch of the show, the ‘Khwaahish’ actress said, “If I get a good role, I am open to it (fiction shows on TV)”. Sherawat is all set to make her TV debut with the reality show, which is currently being shot at Fatehgarh Fort. Through this show, the ‘Maiyya Maiyya’ actress will be searching for her soulmate.

The show is all set to premiere on Life OK channel on October 7, 2013. Mallika was previously featured in the movies like ‘Murder’ and ‘Pyaar Ke Side Effects’. The actress says that she has done enough films in the past ten years and is now set to get into the TV world.

Mallika said that she would accept a good TV role, if one was offered to her. The actress also said that she hardly gets any interesting roles as she has a very glamorous image.