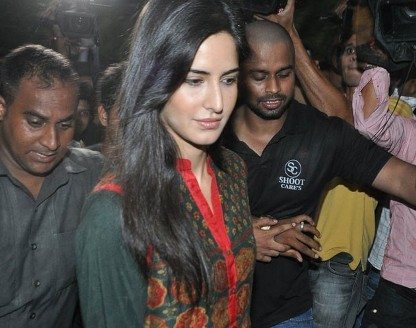 Every year, the ceremony usually takes place at Khan’s official residence at Galaxy Apartments, but as the place is under renovation at the moment, Alvira’s house was chosen for the celebration.

The ceremony was also attended by Salman’s ex-flame, Sangeeta Bijlani. Sangeeta regularly attends such ceremonies at Khan’s residence, but the presence of Katrina was surprising as she was seen with the Khan family after a long time.