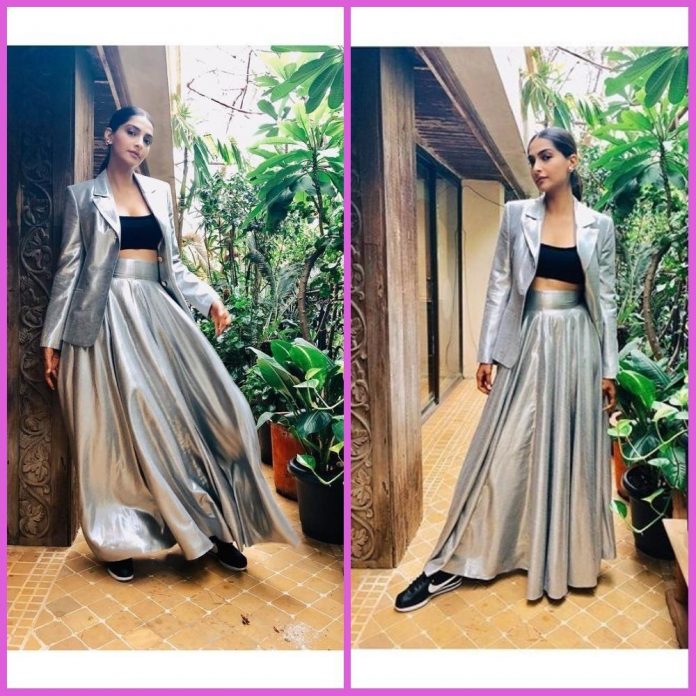 After hardly ten days post wedding of Sonam Kapoor and Anand Ahuja, the Bollywood diva has got back to work. The actress has kick stared the much awaited promotions of her upcoming film Veere Di Wedding. The film also stars Sonam’s real life besties, Kareena Kapoor, Swara Bhaskar and Shikha Talsania. Sonam posted some pretty pictures of her on her Instagram account on May 18, 2018.

The Mausam actress looked pretty in a black tube top and a metallic silver long skirt and a matching jacket. While Veere Di Wedding is ready to be released in theatres on June 1, 2018 it seems like the entire team was waiting for Sonam’s high profile wedding to be wrapped. Moreover, Sonam’s brother Harshwardhan’s film Bhavesh Joshi Superhero is also releasing on the same date.

Sonam recently made a gorgeous presence at the Cannes Film Festival, which was attended by many other Bollywood celebrities. The actress got married to Anand Ahuja in a lavish and private wedding ceremony in Mumbai on May 8, 2018. Sonam and Anand were speculated to be together long back but the families opened up just a week before the wedding took place with an official statement.