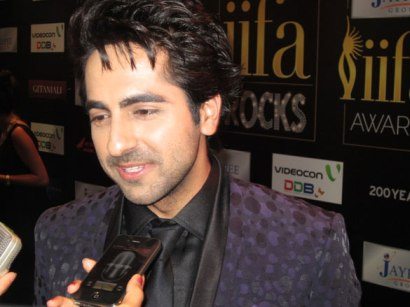 TV host and actor Ayushmann Khurana is celebrating his 29th birthday on September 14, 2013. On his birthday, the actor will also be releasing his new single, titled ‘Heeriye’. The singer tweeted the news about his new single, which is released on YouTube.

Khurana wrote, “14th Sept it is! Thanks for the wishes guys! The wait is over. Phew! Presenting the brand new single O #Heeriye”. The actor will also be performing live at the launch. The ‘Vicky Donor’ actor also said that people generally get treated well on their birthday and receive gifts, but this time he will be performing live at the launch.

Khurana will be seen in the upcoming movie ‘Hamara Bajaj’.