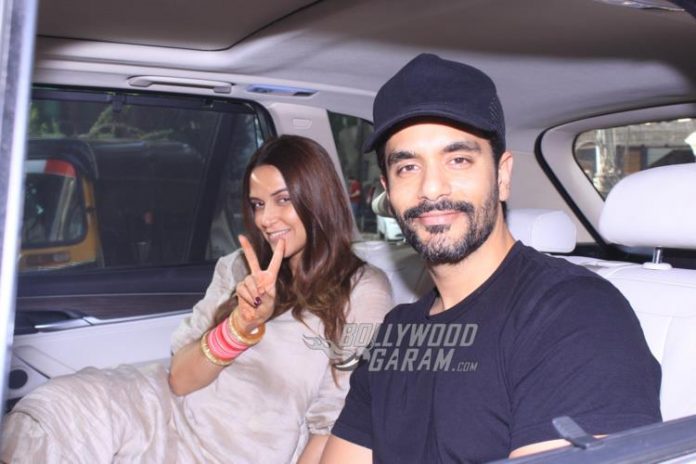 TV host and actress Neha Dhupia got married to actor and model Angad Bedi in a traditional Anand Karaj ceremony in Delhi on May 11, 2018. The ceremony was private and was attended by just the immediate family members. The official announcement by the couple left all their close friends surprised. The newly-weds are now expected to host a grand wedding reception in the first week of July, 2018.

Neha and Angad shared a few adorable pictures from their wedding ceremony. While many wonder when the couple would host a grand event Angad revealed that it will take place in July, 2018. Angad said, “We are hoping to host a reception in the first week of July. Shaadi toh kar li (We got married), but we have to go reverse now”. The young couple is currently discussing about the details of the reception like the venue, date and are also managing their work schedule at the same time.

Talking about the guest list, the actor said, “I want my close friends to be there. Right now, all of them are busy. [Ashish] Nehra is not in town. From the film industry, I want Mr [Amitabh] Bachchan and Salman [Khan] bhai to be there, and they are both caught up right now”. Angad added that wife Neha has a sizeable list of friends in the industry.

Neha Dhupia and Angad recently hosted an intimate dinner party for some of their close friends including Yuvrah Singh, Dia Mirza and Karan Johar.