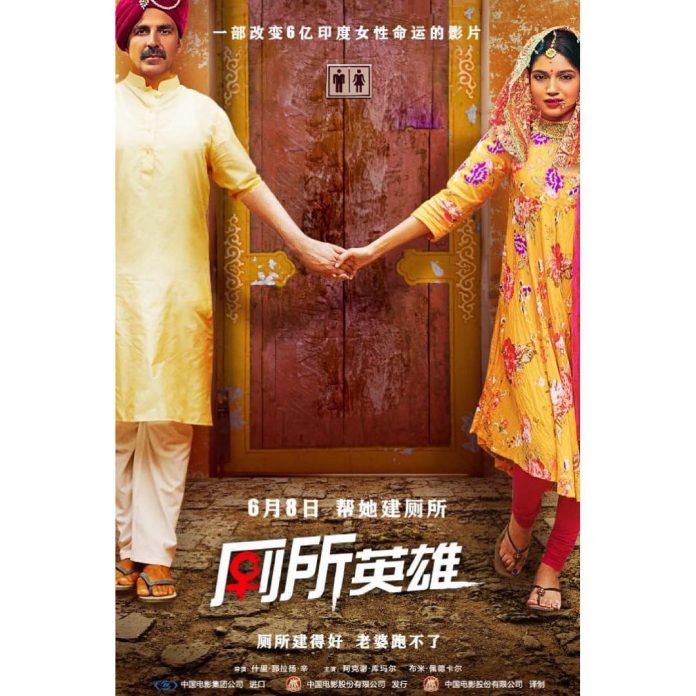 Akshay Kumar and Bhumi Pednekar starrer Toilet – Ek Prem Katha talked about the need for toilets in the houses to stop open defecation. After having a successful run in India, the makers are now ready to release the film in China. However, the film will have a different title and will be called as Toilet Hero for its release in China.

The makers of the film will be releasing the film in Mandarin language for the audience in China. Toilet Hero has been released in China on June 8, 2018 by Anil Ambani’s Reliance Entertainment. Reliance Entertainment is returning to the Chinese market after seven years with the Akshay Kumar and Bhumi Pednekar starrer flick.

It had last released the film 3 Idiots in China in 2011. Akshay shared the Chinese version of the film’s poster and wrote, “Delighted that our film Toilet Ek Prem Katha is continuing to break new grounds and is all set to release as “Toilet Hero” across 4300 screens in China on 8th June.”