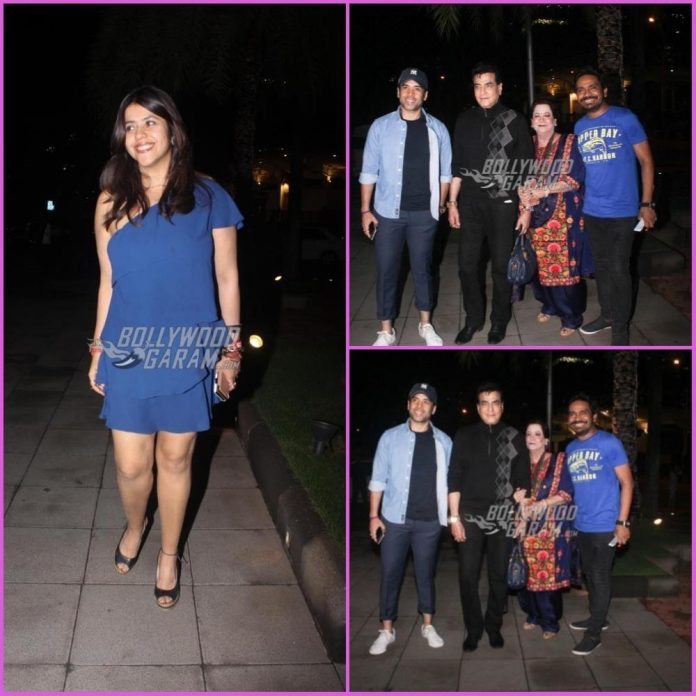 Producer and entrepreneur Ekta Kapoor, turned 43 on June 7, 2018 and was surrounded by close friends and family members for a small celebration in Mumbai. The producer was snapped with her father Jeetendra, mother Shobha Kapoor and brother Tusshar Kapoor at a popular restaurant in Mumbai on June 7, 2018.

Despite being there in the TV industry for more than two decades, Ekta continues to be the reigning force in the industry. The producer recently talked about the choice of subjects for TV shows and said, “A lot of rural audience (watches shows like Naagin). But everyday, I hear from city people that they are tripping on Naagin. You never know what is going to work when you make a show. I make a ‘Pyaar Ko Ho Jaane Do’ about two people from different countries falling in love; despite an interesting concept with real people, it doesn’t work.”

Apart from TV shows, Ekta has also produced in a number of films like Mission Istanbul, Krishna Cottage, Shor In The City, The Dirty Picture and more.