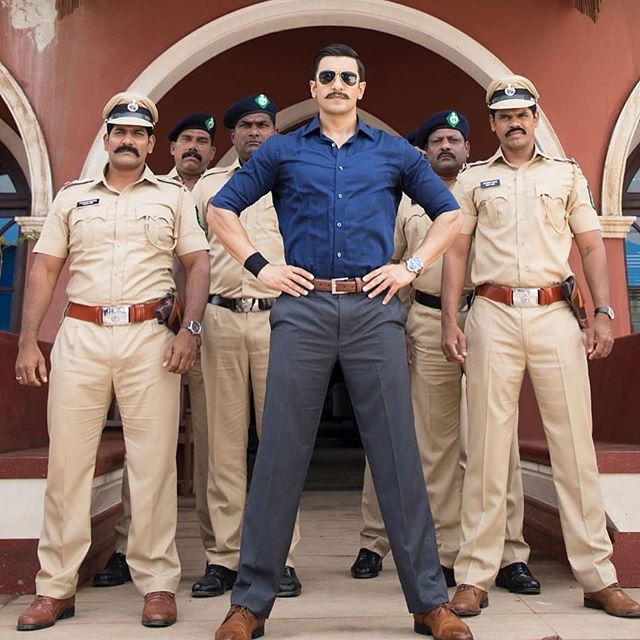 Ranveer Singh started off his career in Bollywood with the film Band Baaja Baraat in 2010 opposite Anushka Sharma. Since then the actor has grown and proved to be one of the most versatile actors in the industry. Ranveer has now started shooting for the upcoming film Simmba which is directed by Rohit Shetty. The actor shared a still from the upcoming flick on Instagram and Singh surely looks unrecognizable.

The first still from the film has shown Ranveer as a cop with a beefed up look and is surrounded by other cops outside the police station. Going by the picture, Ranveer has surely worked hard in terms of his physique and this will be the first time the actor will be seen playing the role of a cop on the silver screens.

Ranveer while talking about his workout schedule for Simmba said, “Rohit sir had told me about the physique] a long time back and was clear about the kind of body he wished for me to have. So, now it’s time to put the blinkers on, put my head down, work hard, and acquire the body that he wants.” Simmba is due to be released in theatres on December 28, 2018.