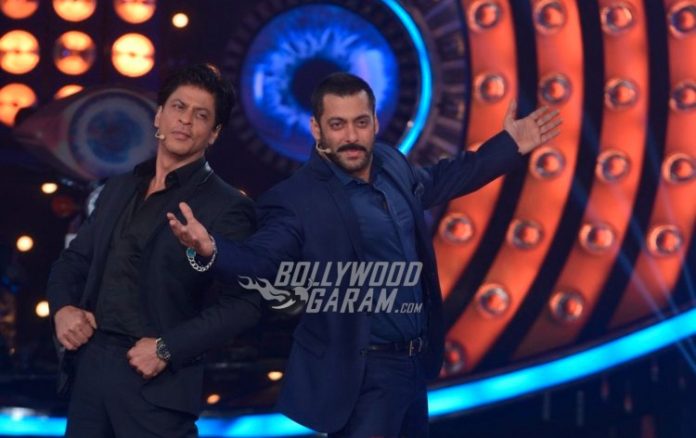 Shah Rukh Khan unveiled another teaser of the much awaited film Zero. The new teaser has Shah Rukh as a dwarf and Salman Khan, who will be seen in a cameo appearance. The fun teaser has shown Shah Rukh and Salman dancing away on the stage surrounded by audience.

The upcoming film also stars Katrina Kaif, Anushka Sharma and R Madhavan and is helmed by Aanand L. Rai. The Baadshah actor shared a selfie with director Aanand on June 14, 2018 as they waited to share the teaser and wrote, “Waiting for the link to reach us so that we can put the Zero Teaser out. @aanandlrai & me waiting on the streets of America to wish Eid to everyone. Just a few moments more!!! #ZeroCelebratesEid”.

This is the second look that Shah Rukh has shared from the film and the teaser will be attached to Salman Khan starrer Race 3 and seems like an Eid gift for Salman. The film will also mark the second film with both Anushka and Katrina as he has previously worked with them in the last film of Yash Chopra, Jab Tak Hai Jaan.

Zero is produced by Gauri Khan and Aanand L. Rai and is expected to be released in theatres on December 21, 2018.