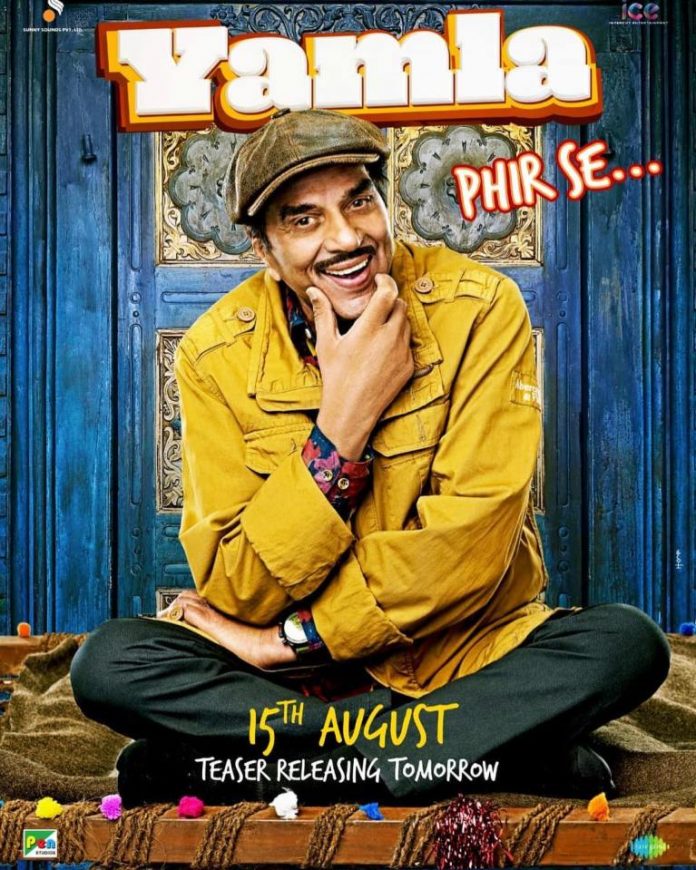 The third film of the comedy franchise Yamla Pagla Deewana is ready to be released on August 15, 2018. The makers of the film have released a few posters of the flick to increase the curiosity of the audience. The first poster features veteran actor Dharmendra with the text Yamla Phirse.

The next poster has shown Sunny Deol with the text Phir Se Pagla while the third poster has shown Bobby Deol with the text Phir Se Deewana. The film will mark the third installment of the Yamla Pagla Deewana franchise which was first released in 2011. The third installment of the film is directed by Samir Karnik and the first film minted Rs 150 crores at the box office and then the makers planned the second film Yamala Pagla Deewana 2 that was directed by Sangeeth Sivan in 2013 but could not do well at the box office.

For the third installment, Sonakshi Sinha will be doing a special song while actress Kriti Kharbanda will be seen playing the lead. Moreover, there will be a special appearance by superstar Salman Khan and veteran actress Rekha. Sachet-Parampara, Sharib-Toshi and Meet Bros have composed the music for the film.

Yamla Pagla Deewana Phir Se will be released in theatres on August 15, 2018.