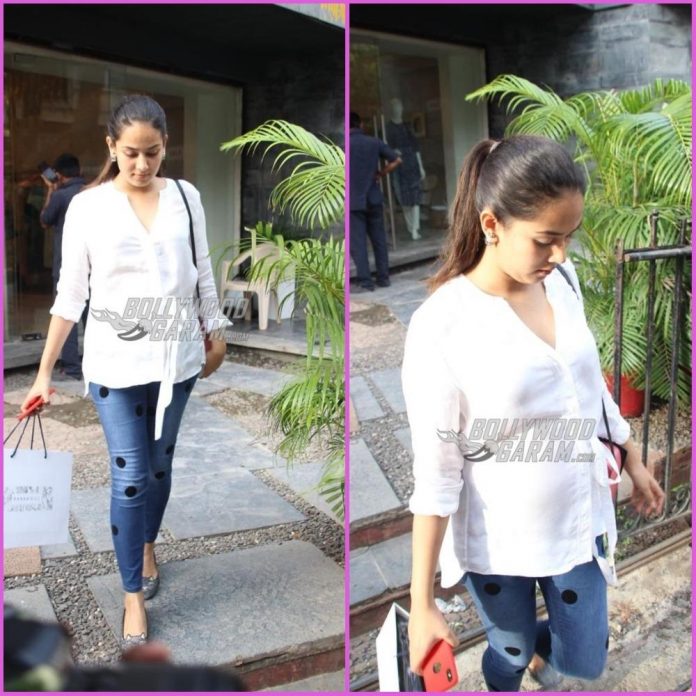 Shahid Kapoor’s wife Mira Rajput is expecting her second child and the announcement was made in the most adorable way. The 24 year old stepped out for some shopping time in Mumbai on June 15, 2018.

Mira with her pregnancy glow looked great in a pretty white top and blue denims and made her way out of a store with shopping bags. The Delhi based girl is surely enjoying her maternity days to the fullest. Husband Shahid is away from Mumbai for work commitments and Mira is having a great time.

Mira in an earlier interview in 2017 had revealed about her intentions to have a second baby so when the news broke that she was expecting her second child did not come as a surprise. Rajput had then also expressed that she would love to work in a field that is creative and stimulating which also allows her time to be with her family.

Mira had then said she does not have any kind of deadline but would decide after she has her second baby. Shahid on the work front is preparing for his upcoming release Batti Gul Meter Chalu.