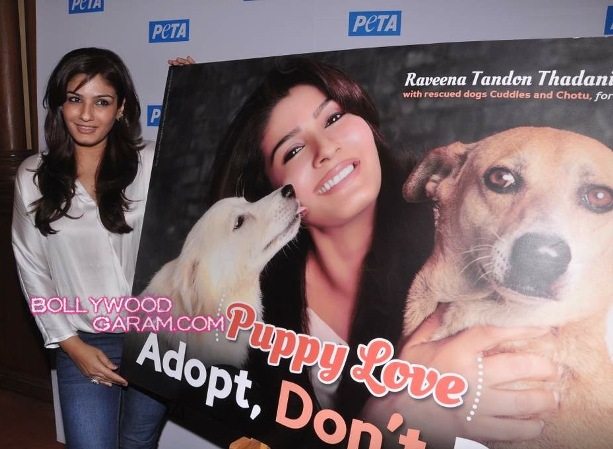 Bollywood actress Raveena Tandon Thadani and the members of the People for Ethical Treatment of Animals (PETA) have teamed up in order to launch a new campaign known as ‘Puppy Love: Adopt, Don’t Buy!’. The campaign will spread awareness among people to adopt rescued or under-privileged puppies instead of buying dogs from breeders.

The campaign was launched by Tandon, along with Sitaram Kunte, IAS Municipal Commissioner, Municipal Corporation of Greater Mumbai. The new ad features Raveena with her beloved dogs Chotu – who was brought home from the street – and Cuddles, who was adopted from an animal shelter. Raveena at the campaign launch said that it she would prefer to help an animal in distress, rather than just buying another dog.