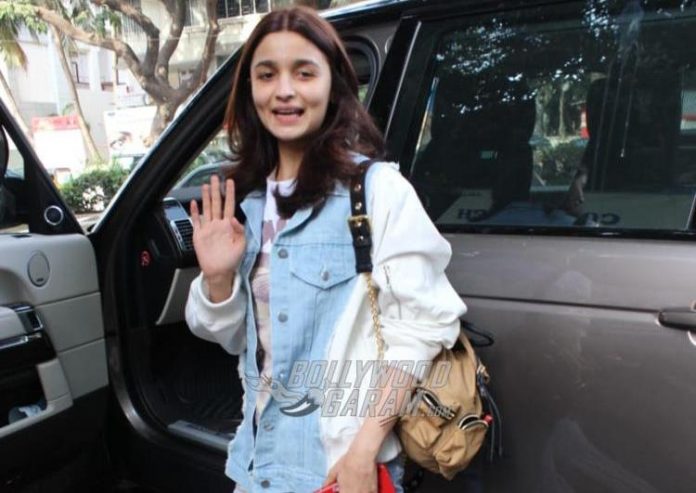 Alia Bhatt is indeed a hard worker when it comes to her films. The actress had injured her shoulder when she was shooting for the film Brahmastra abroad. After recovering, the actress is once again injured and this time on the sets of the film Kalank.

A few months back Alia had injured herself while shooting for Brahmastra in Bulgaria and now the actress is again injured and this time on the sets of Kalank directed by Abhishek Varman. Reports say that the actress was shooting in Andheri area in Mumbai along with her co-stars Varun Dhawan, Aditya Roy Kapur and Sonakshi Sinha , when she tripped the stairs and injured her foot.

The actress was immediately given first aid and her foot had to be bandaged. More reports have said that Alia is simultaneously shooting for Brahmastra and Kalank and is resting in between the shoots so that the injury does not aggravate.

Alia was last seen in the film Raazi which did a good business at the box office. On the personal front, there are reports that the actress is dating Ranbir Kapoor. A few signs and signals from both sides have indicated that the two young stars might indeed be dating.