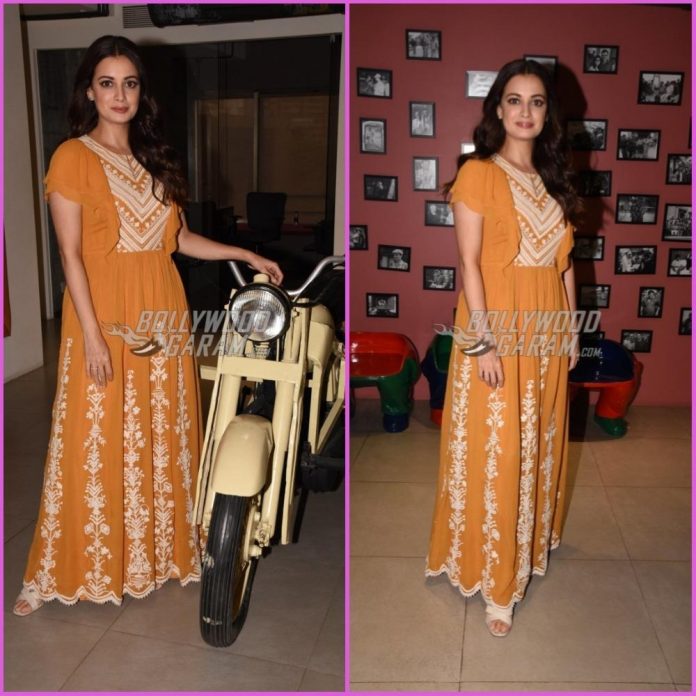 As the release date of the upcoming film Sanju fast approaches, the makers have got down to the promotions of the film on various platforms. Actress Dia Mirza, who will be seen playing Sanjay Dutt’s wife Manyata Dutt’s role, was snapped promoting the film in Mumbai on June 18, 2018.

Dia was seen at director Rajkumar Hirani’s office in Mumbai on June 18, 2018. The actress, who was also seen in the Sanjay Dutt film Lage Raho Munna Bhai, looked pretty in a pretty mustard color outfit and was seen posing by the side of the signature motorbike with a side car.