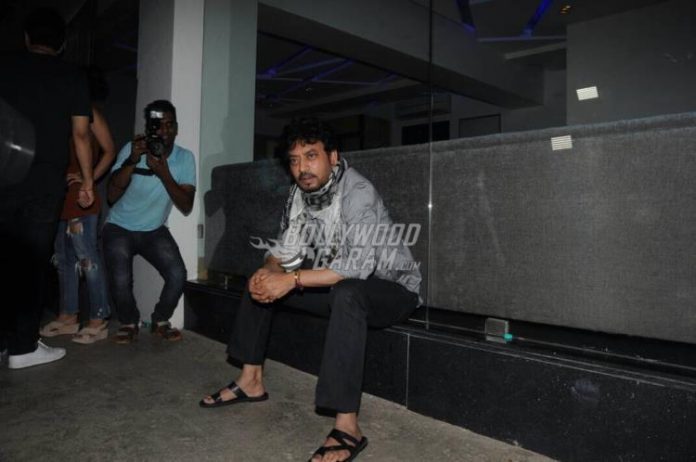 Bollywood actor Irrfan Khan, who recently revealed that he was diagnosed with a rare kind of cancer, opened up about his suffering. The actor confirmed that he was suffering from high-grade neuroendocrine cancer. Irrfan talked about the pain he went through in a special note and was published on the popular daily.

Khan in an emotional note said, “It’s been quite some time now since I have been diagnosed with a high-grade neuroendocrine cancer. This new name in my vocabulary, I got to know, was rare, and due to fewer study cases, and less information comparatively, the unpredictability of the treatment was more. I was part of a trial-and-error game. I had been in a different game, I was travelling on a speedy train ride, had dreams, plans, aspirations, goals, was fully engaged in them. And suddenly someone taps on my shoulder and I turn to see.”

The actor, who is known for some of his impressive performances in Bollywood added, “The suddenness made me realise how you are just a cork floating in the ocean with UNPREDICTABLE currents! And you are desperately trying to control it.”

Irrfan revealed about his illness in March 2018. On the other hand Irrfan’s wife Sutapa Sikdar thanked his fans for their support after her husband was diagnosed with the disease.