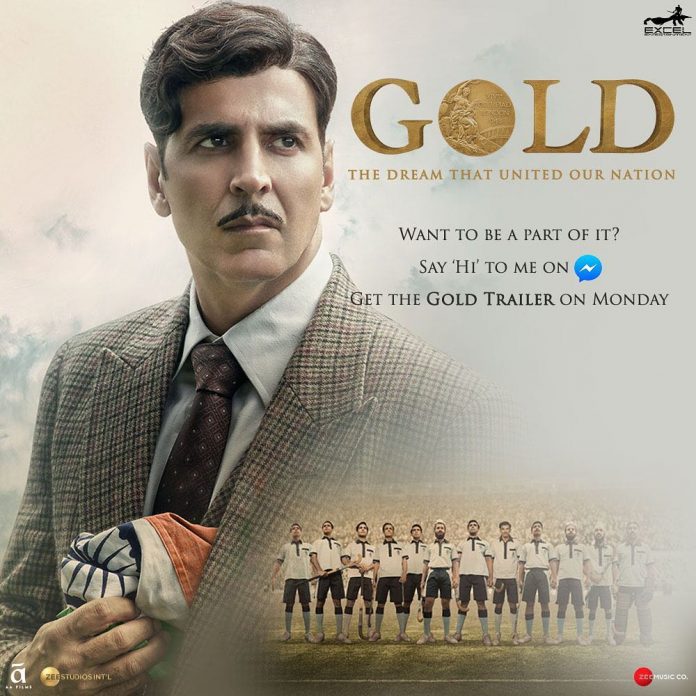 Akshay Kumar and Amit Sadh starrer Gold is ready to be released in theatres on August 15, 2018. The makers of the film have released the official trailer of the flick on June 25, 2018.

The two and a half minute trailer has shown the condition of the sports fraternity during the pre-independence period and the post independence period. The film is based on India’s first Olympic gold medal. Akshay plays Tapan Das, who is a young assistant manager and dreams of playing Hockey for the independent Nation.

The trailer has also shown a glimpse of Mouni Roy, who will mark her debut in Bollywood with the flick. The actress will be seen playing Tapan’s wife. Amit Sadh and Kunal Kapoor’s characters also look impressive.

The film is produced by Ritesh Sidhwani and Farhan Akhtar under the banner of Excel Entertainment. The makers had made the official announcement of the flick in October 2016. Reports said that Arjuna Award winner Sandeep Singh was signed to train the actors to improve their hockey skills. Some of the major portions of the film have been shot in Yorkshire and The Midlands, England. The film is directed by Reema Kagti and the music has been composed by Sachin-Jigar. Gold will be released in theatres on August 15, 2018.