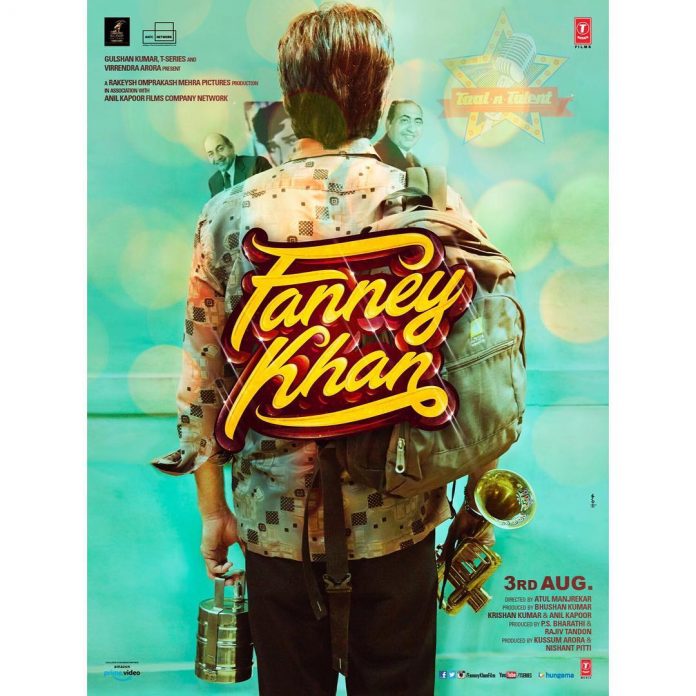 Makers of Fanney Khan have unveiled the first poster of the film. The film stars Aishwarya Rai Bachchan, Rajkummar Rao and Anil Kapoor but surprisingly none of the actors can be seen on the poster.

According to the makers the poster has shown the back of Anil Kapoor with his backpack, a trumpet a tiffin, while he looks forward to the music maestros of the Indian film industry. The poster was shared by Anil Kapoor who wrote, “Yeh aise hi ek #Fanney Khan ki kahanihai…meri kahani… Teaser out on June 26! #AishwaryaRai @RajkummarRao @tseriesmusic @fanneykhanfilm @ROMPPictures @AtulManjrekar.”

Fanney Khan is directed by Atul Manjrekar and co-produced by Om Prakash Mehra Pictures Productions, T-Series and Anil Kapoor’s Films Company Network. Reports say that the film is based on the Dutch film Everybody’s Famous which was nominated for Best Foreign Language Film at the Oscars. Anil will be seen playing the role of a father to a teenage daughter, who wishes to have a musical career while Aishwarya will be seen playing the role of a glamorous singer with Rajkummar Rao playing her love interest.