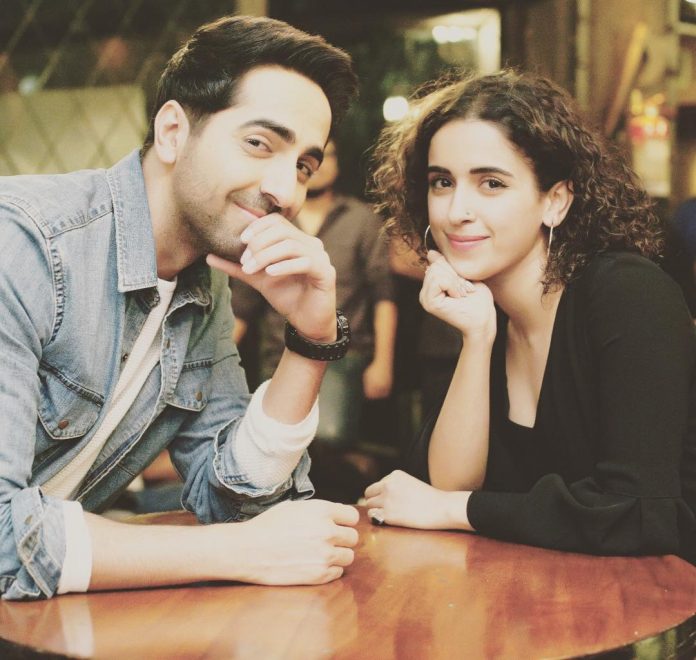 Sanya Malhotra rose to fame in Bollywood with the Aamir Khan starrer flick Dangal. The actress has now been paired opposite Ayushmann Khurrana for the upcoming flick Badhaai Ho. The cast recently wrapped the shoot recently and has now got an official release date. The film is currently under post production stage and will be released in theatres on October 19, 2018.

The announcement was made by Ayushmann through his Instagram account by sharing a picture of him with Sanya. The upcoming film is about a story of a family that deals with an unexpected news. Badhai Ho will narrate the impact of the news on the family and how the members deal with the situation in their own unique way.

The film is co-produced under the banners of Junglee Pictures and Chrome Pictures and is directed by Amit Sharma. Ayushmann will also be seen in another film Andhadhun in which he will be seen playing the role of a pianist and will be paired opposite the talented actress Radhika Apte. Khurrana has also been roped in for the flick Manmarzyaan which also stars Abhishek Bachchan, Bhumi Pednekar, Taapse Pannu and Vicky Kaushal.

Sanya Malhotra made her debut in Bollywood with the film Dangal in which she played the role of wrestler Mahavir Singh Phogat’s daughter.