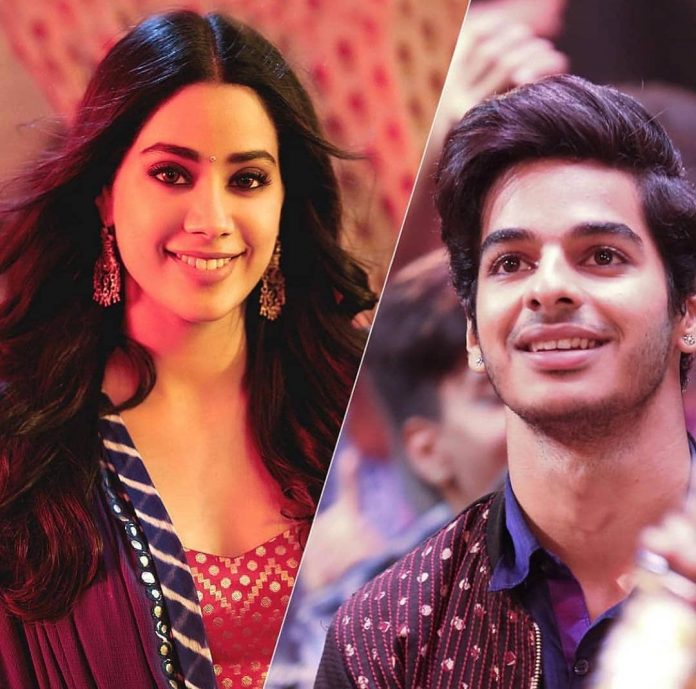 Makers of Dhadak have unveiled the much awaited song Zingaat which is the Hindi version of the song from Sairat on June 27, 2018. The feel of the song is the same with just the lyrics changed to Hindi. A few hours before the launch of the song the maker shared colorful pictures of the lead actors Janhvi Kapoor and Ishaan Khatter from the song.

An excited Janhvi even shared a small video from her practice session with Ishaan. Composer Ajay of the composer duo Ajay-Atul while talking about the song said, “When we wrote this for Sairat, we knew Zingaat would become extremely popular in Maharashtra because of the tempo, rhythm and catchy lyrics. In the Marathi version, the chorus was in English and for the Hindi version; we have added a bit of Rajasthani style of music.” Even lyricist Amitabh Bhattacharya, expressed that re-writing the lyrics for the song was a challenge.

The film Dhadak is the Hindi adaptation of the blockbuster Marathi film Sairat and stars Janhvi and Ishaan in lead roles. The Hindi version is directed by Shashank Khaitan and produced by Dharma Productions of Karan Johar. The film is ready to be released in theatres on July 20, 2018. Dhadak will also mark the debut of Janhvi Kapoor in Bollywood.