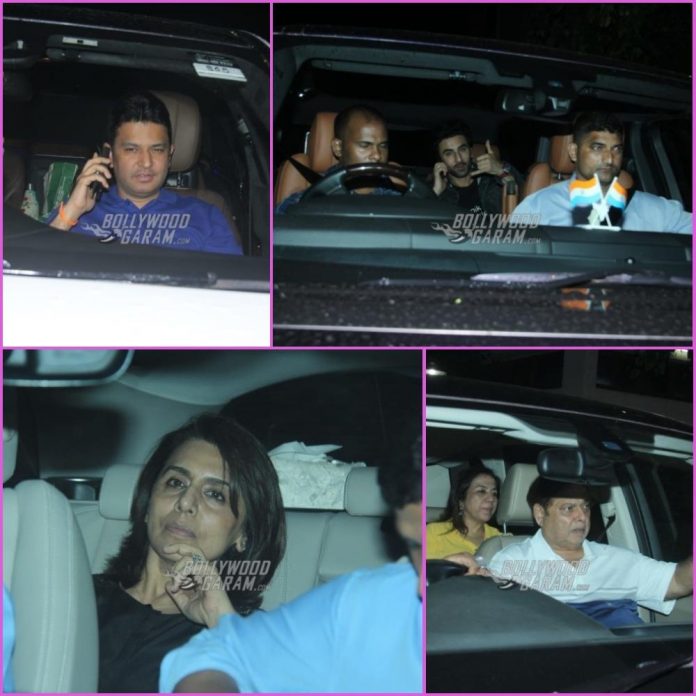 Makers of Sanju organized a special screening of the flick in Mumbai on June 27, 2018. The film’s preview was attended by some of the close friends and family members of the lead actors.

Ranbir looked exited and waves for the paparazzi as he entered the screening venue. A special screening was also held for Sanjay Dutt and his family at Rajkumar Hirani’s office in Mumbai. Reports said that Ranbir had insisted that Sanjay watches the film even before it releases in theatres.

Sanju is a film that is based on the life of Sanjay Dutt and his struggles with personal and professional life. The film also stars Manisha Koirala, Sonam Kapoor, Paresh Rawal, Karishma Tanna, Anushka Sharma and others.