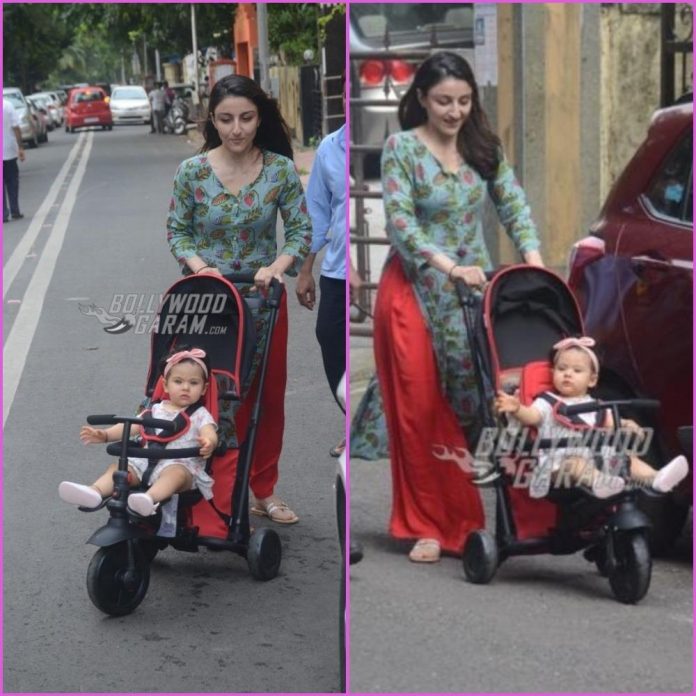 Soha Ali Khan and husband Kunal Kemmu are happy parents to an adorable daughter Inaaya Naumi Kemmu. The actress is often seen on travel schedules or just casual outings with daughter Inaaya. Soha was snapped with Inaaya on a casual evening stroll in Mumbai on June 27, 2018.

Little Inaaya was seen in a cute black and red stroller and looked adorable in a white outfit with a pink hairband. Soha was accompanied by a friend and was all smiles as she was clicked by the paparazzi. The actress was seen in a casual printed grey kurta and red palazzos.

Soha Ali Khan and husband Kunal Kemmu became parents to Inaaya in 2017 and since then their life has been revolving around their daughter. The couple makes sure that they give ample time to their daughter amidst their busy schedules.

On the work front, Kunal was last seen in the film Golmal Again and is currently looking forward for her upcoming films including Go Goa Gone 2, Kalank and Ramjethmalani’s biopic.