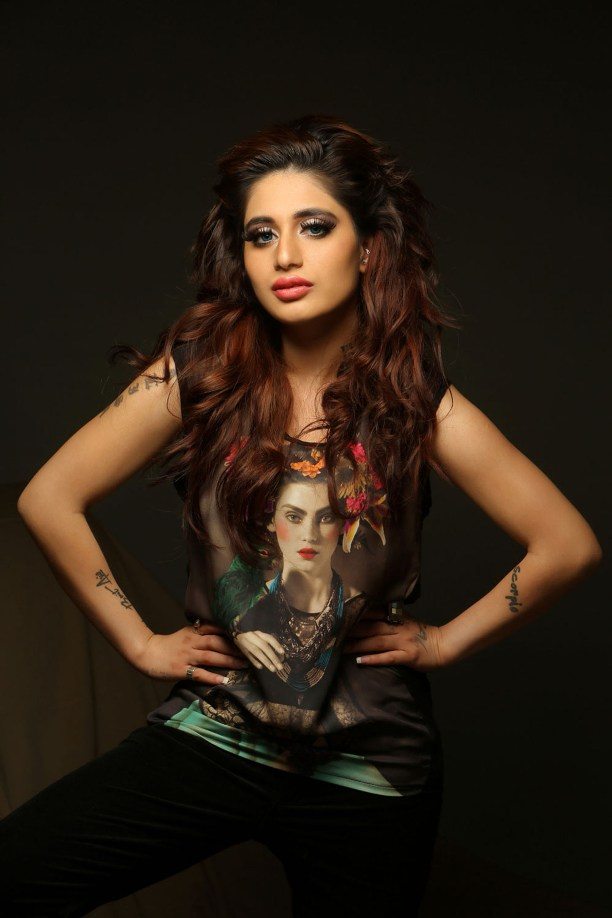 Bollywood has always welcomed newcomers with open arms – a few examples from the past being Katrina Kaif and Preity Zinta – who started out as newcomers, but are now famous names in the industry. Another new face, Alisa Kkhan – who belongs to the  royal family of Mohammad Nawab Ghaziauddin Khan, under whom the entire Ghaziabad in Delhi NCR is named – is ready to take the industry by storm.

In the past, Alisa has done 12 superhit Punjabi music videos, including the ones for Bally Sagoo and Mika. The actress has now ventured into the movie world and was seen playing the lead role in the movie ‘My Husband’s Wife’. Kkhan, while talking about her foray into Bollywood said, “I started working from the age of 12 years and have always believed in looking ahead. I am a trained belle dancer and an extremely passionate actor.”

Alisa also said that she started modelling and is confident enough to say that she will be the number one actress one day. Not many people know that Alisa’s next project is a cooperation with filmmaker Vikram Bhatt and she is set to star opposite Emraan Hashmi.

The actress – who will soon turn 20 – has also experienced a few controversies, including a lesbian attack from her co-star Rakhi Vohra and she also lashed out at people who are comparing her to other famous Bollywood names, like Poonam Pandey and Sherlyn Chopra.