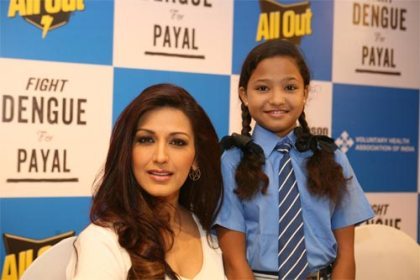 The ‘Fight Dengue For Payal’ campaign was launched by Bollywood actress Sonali Bendre in New Delhi, on September 18, 2013. The campaign has been named after Payal Samariya, a 12-year-old girl who witnessed her friend suffering from dengue.

The new campaign has been launched in order to raise awareness about the disease. During the event, Sonali talked to the media and said that, as a mother, she does not want children like Payal to suffer from diseases like dengue.

The ‘Ghulam’ actress said that dengue can happen to anyone, at any age and that everyone must take preventive measures in order to fight the disease.