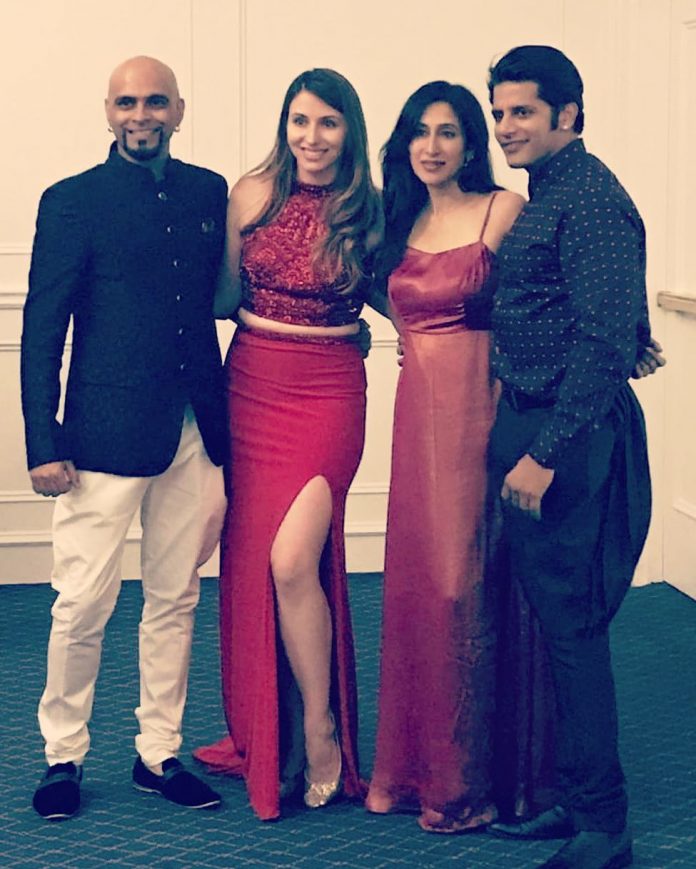 Actor and producer Raghu Ram was recently in news for his divorce with his former wife Sugandha Garg. However, seems like Raghu Ram has moved on in life pretty fast and is engaged to his girlfriend Natalie Di Luccio, who is an Indo-Canadian singer. The engagement ceremony was a private affair that was held in Canada.

Some of Radhu’s close friends Karanvir Bohra and wife Teejay Sidhu were present for the engagement. Reports say that the couple will soon get married in an Indian wedding setting in Goa. Radhu had confirmed about his relationship with Natalie in March 2018 and had surprised everyone. Teejay had posted a picture of the two and wrote, “The main reason we were in Toronto – to see two of our dearest friends get engaged. 🙂 Raghu – You have always been one of the people I love most – so sweet, so kind, so intelligent, and so funny (especially at 8am!!) ?? If anyone deserves happiness, it’s you and I’m so glad you found it with Natalie. (Aren’t Canadians awesome?) 😉 You guys are so great together! ?? Biggest hug ever to you.. ? @instaraghu @nataliediluccio”.

Pictures from the engagement have shown Radhu dressed in a black coat and white pants while Natalie looks pretty in a red maxi skirt with a front slit and a matching glittery crop top.