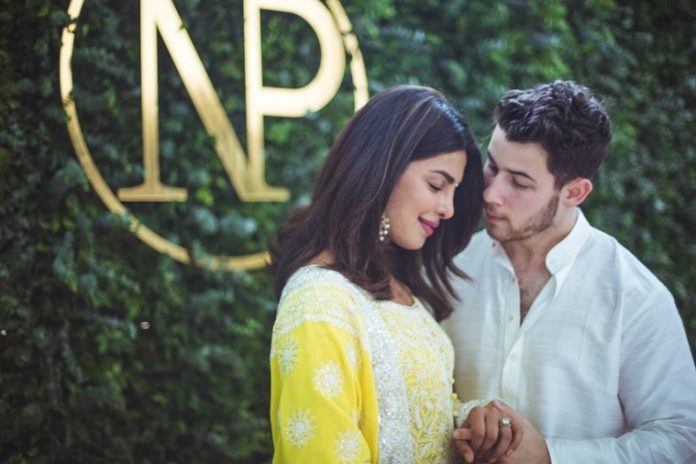 After several speculations, Priyanka Chopra and Nick Jonas have made it official with a formal engagement ceremony. The Chopra family and Jonas family got together for a traditional Roka ceremony at her residence in Mumbai on August 20, 2018. The adorable couple were joined by their close friends and family members including Nick’s parents Kevin Jonas Sr and Denise Jonas.

Kevin and Denise were seen enjoying taking part in the Indian traditions and were also seen wearing Indian outfits. The Roka ceremony was followed by a private engagement bash held at Priyanka’s residence. The couple did not pose for the paparazzi but the social media was flooded with some adorable pictures of the two.

Priyanka Chopra looked gorgeous in a yellow ethnic outfit while Nick was seen in a white kurta and pyjama. Going by the pictures, the chemistry between the two was evident. Priyanka and Nick had first posed for the paparazzi at the red carpet of Met Gala 2017 and since then reports of them seeing each other started doing the rounds.

However, the news was almost confirmed when Nick had arrived in Mumbai and the two headed for a vacation in Goa. Nick Jonas too shared some candid pictures from the Roka ceremony. The priest, who performed the rituals said that the couple wanted to begin their new journey by taking divine blessings.

Taken.. With all my heart and soul..