Bollywood Garam: The makers of ‘Dhoom 3’ have been waiting for the movie to go on floor for almost ages. But the only thing that is preventing the shooting of the movie is the casting of stars in the film. As of now, Bollywood star Aamir Khan has been finalized and a search is on for the other cast.

If buzz is to be believed, the search for the leading lady opposite Aamir is currently on. Producer Aditya Chopra and director Vijay Krishna Acharya have expressed that they are really keen on casting a fresh new face for the lead lady for the third installment of ‘Dhoom’.

But the news may be disappointing for the three ladies, Deepika Padukone, Katrina Kaif and Priyanka Chopra, who were earlier being considered for the role. The previous installments of Dhoom had Esha Deol and Aishwarya Rai and now the hunt for the fresh face is on.

Seems like the makers of the ‘Dhoom’ series do not want to take any chances with the casting. This is the first time YRF will be allowing a new comer in the Dhoom series, which had till now signed only top stars for the series.

So who should the audience expect in the upcoming movie? Aamir Khan, Abhishek Bachchan and Uday Chopra have been finalized for ‘Dhoom 3’.

The shooting of the movie is likely to begin in December 2011 and should be ready for release by December 2012. That’s a long wait and we really hope it’s worth it! 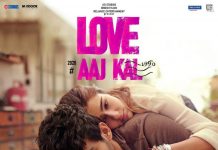