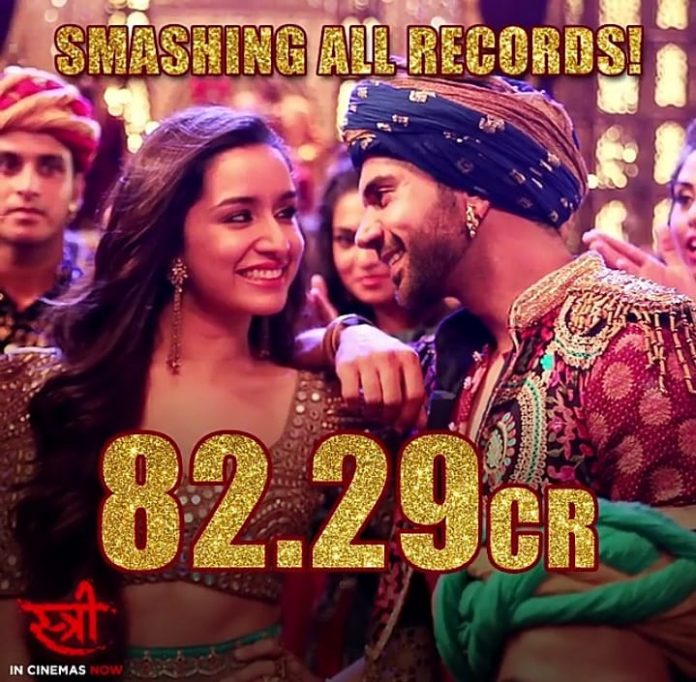 Rajkummar Rao and Shraddha Kapoor have a reason to rejoice as their recently released film Stree is doing wonders at the box office. The film released in theatres on August 31, 2018 and was over powered by some of the releases like Paltan and Laila Majnu. Despite other releases, the film raked Rs. 9.88 crores on September 9, 2018 and now stands at a grand total of Rs. 82.29 crores.

Stree has also faced a competition from the Hollywood release The Nun. However, the Hollywood release has received mixed reviews so Stree is expected to dominate during the weekdays. The current trend has shown that the film might also enter the Rs. 100 crore club by the end of the second week. If things go as per the trend, this will be the first Rajkummar Rao film to achieve such a milestone.

Stree was made on a budget of Rs. 20 crores and had recovered its investment even before it was released through satellite, digital and music rights. The film is directed by Amar Kaushik and written by Raj Nidimoru and Krishna DK, known for the films like Go Goa Gone, Happy Ending and Shor In The City. With the success of Stree, once again it has been proved that horror comedy genre works well with the audience.