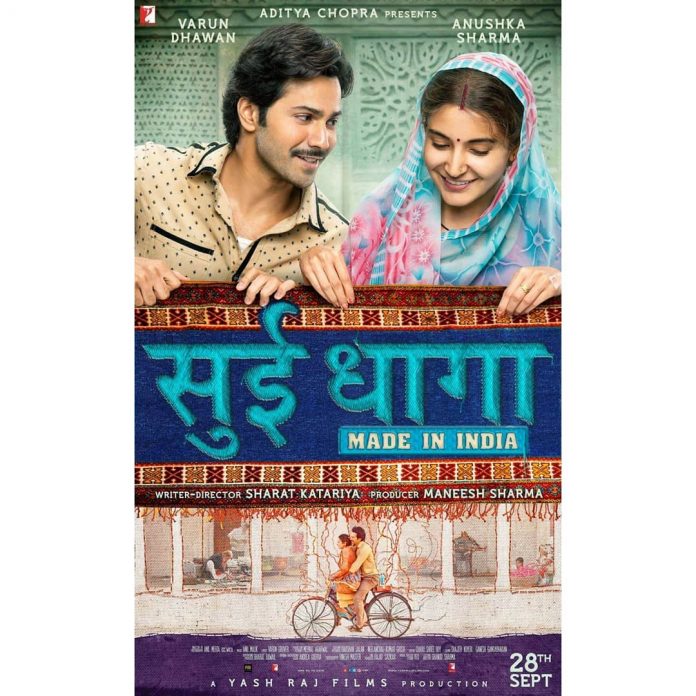 Varun Dhawan and Anushka Sharma are all set to entertain the audience with their upcoming flick Sui Dhaaga – Made In India. The actors took their social media pages to share a new poster from the film which is helmed by Sharat Katariya and produced by Maneesh Sharma and Aditya Chopra.

Sui Dhaaga – Made In India is a film which has talked about the importance of self reliance and will also support the campaign of Made In India. The new poster has shown Varun adorably glaring towards Anushka as they hold an embroidered carpet in hand. The poster has been captioned, “From life partners to business partners. Come join Mamta and Mauji on their journey. #SuiDhaagaMadeInIndia in theatres on 28th September. #SuiDhaagaPoster @Varun_dvn #ManeeshSharma @Sharatkatariya @yrf @SuiDhaagaFilm”

Varun will be seen playing the role of a tailor named Mauji while Anushka will be seen playing Mauji’s wife Mamta, who is an embroiderer. Since the release of the official trailer, the actors have been sharing their experiences of shooting the film and how they got in to the look of the characters.