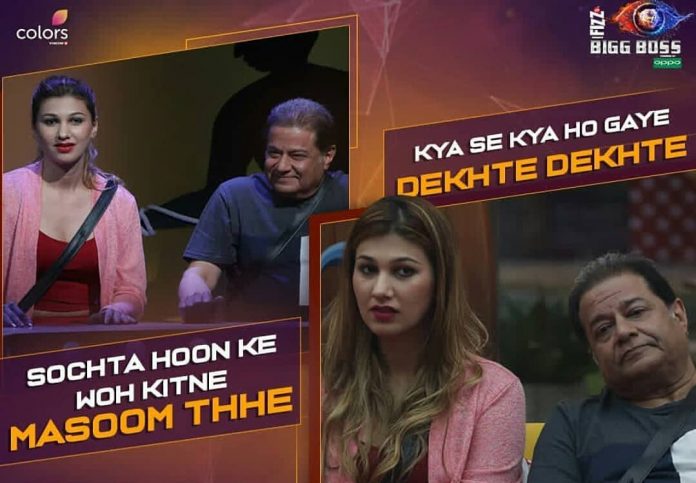 The controversial twelfth season of the reality show Bigg Boss has begun with a bang. The makers have managed to begin the controversies right from the first day by introducing some of the unusual couples from the industry. One of the most controversial pairs include 65 year old bhajan singer Anup Jalota and his 28 year old girlfriend Jasleen Matharu. The season has just begun and the pair has already come to the limelight.

Jasleen in an earlier interview with a leading daily admitted dating 65 year old singer Anup Jalota for the past three years. But Anup has stressed on the fact that they share a student-teacher relationship. The couple has now entered the show Bigg Boss hosted by Salman Khan. When the contestants entered the house for the first time, Jasleen was seen going to the bedroom to find a bed for herself. Instead of going for a double bed, the 28 year old opted for a single bed and this left Anup confused.

The bhajan singer then expressed that he has been distanced and they will have to sleep in open but Jasleen argued and reminded him where they he was and asked him to wait as he would soon get a partner on the show.