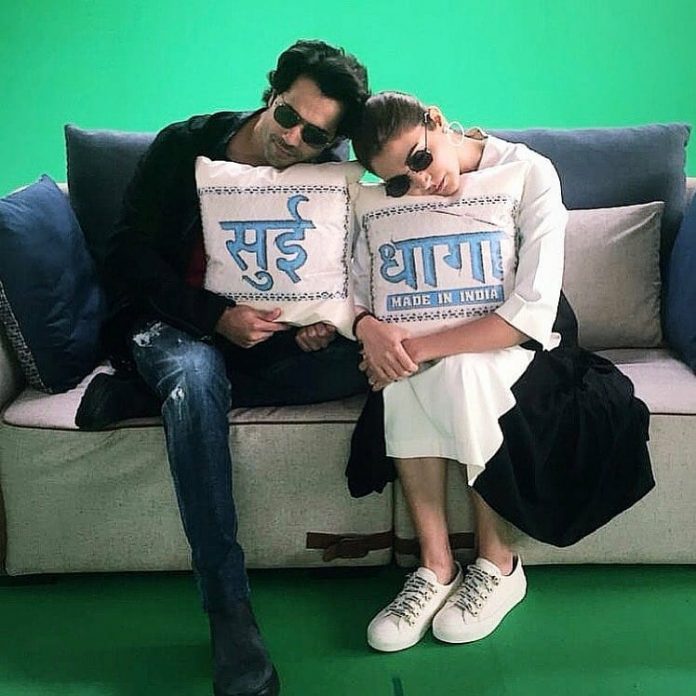 Varun Dhawan and Anushka Sharma are eagerly waiting for the release of their upcoming film Sui Dhaaga – Made In India. Every day the actors keep sharing about their experiences when they shot for the film. Varun and Anushka revealed that they actually worked in a textile factory in Faridabad for their film.

Varun plays the role of a tailor named Mauji while Anushka plays Mauji’s wife Mamta, who is an embroiderer. In an earlier interview the actors shared that they had to learn the skills to make it look real on the screen. The makers had shot in the outskirts of Delhi at a textile factory so that they get authentic visuals of how a small scale business operates and how the textile workers from small towns work in factories.

Anushka in a statement said, “We have tried to keep `Sui Dhaaga` as authentic to real life as possible. We lived the life of Mauji and Mamta for this film and this journey took us to work in an actual clothing factory in Faridabad”. The actress also revealed that they shot for four days with real workers who tirelessly work day and night to produce outstanding pieces of garments.

The Rab Ne Bana Di Jodi fame actress also said that they learnt how to operate the machines from the workers. Sui Dhaaga – Made In India will be released in theatres on September 28, 2018.