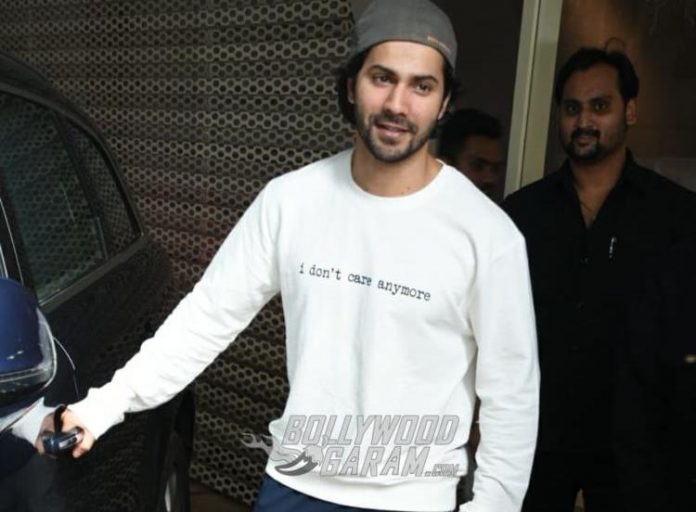 Salman Khan and Katirna Kaif are currently busy shooting for the upcoming flick Bharat. Actor Varun Dhawan will have a cameo in the flick which is helmed by Ali Abbas Zafar. The second schedule of the film is due to be shot in Abu Dhabi.

The film also stars Disha Patani, Sunil Grover and Tabu playing important roles. Some of the recent reports have said that Varun will have a cameo in the film. It is unclear if Varun will be a part of a song or will play a role. The Badrinath Ki Dulhania actor shares a great relationship with Salman. Father David Dhawan has worked with Salman in many hit films.

The Tiger Zinda Hai actor had supported Varun during the promotions of Judwaa 2. Salman had also made a surprise appearance in one of the songs in the film. Varun is also teaming up with Katrina Kaif for a dance film that will be helmed by Remo D’Souza. The shoot of the film is expected to begin soon. The film Bharat was earlier expected to star Priyanka Chopra, but she walked out of the film because of her engagement with beau Nick Jonas.

Bharat is due to be released on Eid 2019. Varun Dhawan is currently enjoying the success of his film Sui Dhaaga – Made In India which also stars Anushka Sharma.