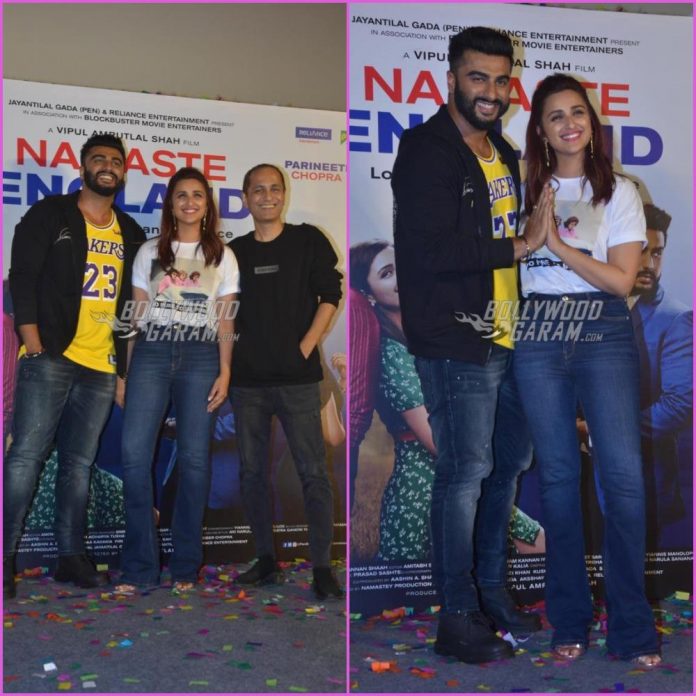 Arjun Kapoor and Parineeti Chopra launched Badshah’s remix version of Proper Patola from the film Namaste England at an event in Mumbai on October 3, 2018. The song is the perfect track for the party goers and is sung by Diljit Dosanjh and Aastha Gill. Proper Patola has made a return however, Diljit’s part of the song in the new version has been sung by Aastha Gill.

The new song has additional lyrics to it as well. Actress Parineeti Chopra took her Twitter account and posted a 27 second teaser and wrote, “P.R.O.P.E.R P.A.T.O.L.A! (me not him).” Arjun and Parineeti can be seen dancing away in style and look great together. The song has become the second track for the film after the track Bhare Bazaar.

The launch event saw Parineeti Chopra in a t-shirt and a pair of high waist denims while Arjun looked dapper in a yellow t-shirt, black jacket and a pair of grey denims. This is the second time Arjun and Parineeti will be seen sharing the screen space together after the film Ishaqzaade.

Namaste England will be released in theatres on October 19, 2018.