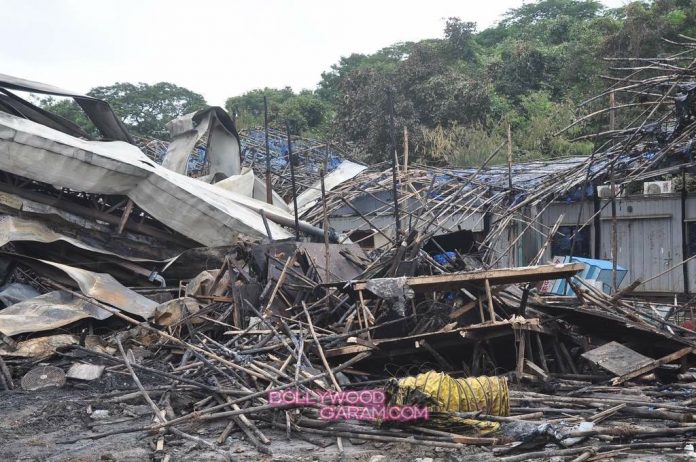 BollywoodGaram.com: After a major fire incident on the sets of the popular comedy show ‘Comedy Nights With Kapil’, the host of the show visited the sets on September 25, 2013. Sharma revealed that the monetary loss on the sets due to fire has been estimated at around Rs. 20 to 22 crores since the set was ready for shoot with all  equipment.

The host of the show assured that the program will soon be back on air.

After his visit on the sets, the actor and comedian posted on his official Facebook page that everyone is fine and that no one was injured during the incident. Kapil also thanked his fans for all the love and support and said that the set has been ruined, but that has not ruined their spirits.