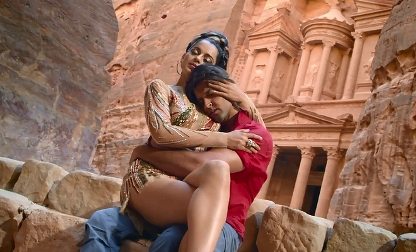 BollywoodGaram.com: The makers of the movie ‘Krrish 3’ have revealed a song from the movie which features Hrithik Roshan romancing Kangana Ranaut. Earlier reports stated that Kangana would be playing a negative role, but the song has now hinted at a twist in the story.

Meanwhile Rakesh Roshan refused to divulge more details of the relationship between Hrithik and Kangana in the movie and said, “You have to watch the film to know what’s really happening.”

The filmmaker also revealed that the song has been filmed in Jordan and is the first Hindi movie to be shot there . Kangana, while talking about her look in the song, said that sporting such a look was challenging for her.