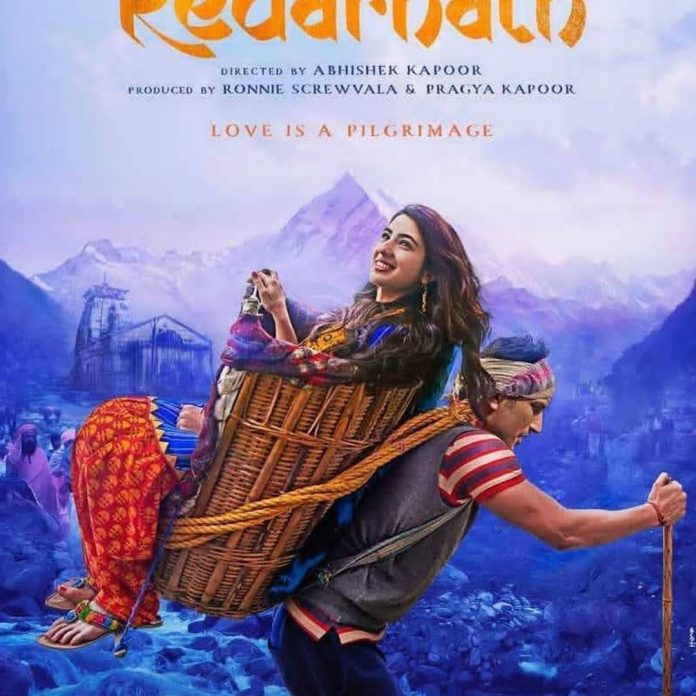 After a long wait, the first poster of the upcoming film Kedarnath has been unveiled. The makers revealed the first poster as well as a motion poster. The film will mark the debut of Amrita Singh and Saif Ali Khan’s daughter Sara Ali Khan and also stars Sushant Singh Rajput.

The poster has introduced the debutant and Sushant as a pithoo who carries pilgrims on their back. The film is all set to be released in theatres on December 7, 2018. Sara can be seen being carried by Sushant on his back. The actress will be seen playing the role of an affluent pilgrim.

The film is a love story that is set at the backdrop of the floods of Uttarakhand and has a tagline ‘love is a pilgrimage’. The poster was shared by director Abhishek Kapoor who captioned it, “No tragedy, no wrath of nature, no act of God can defeat the power of love! Presenting the official #KedarnathPoster‬, teaser out at 12 noon!”

Sushant Singh Rajput had made his debut in Bollywood with the film Kai Po Che which was directed by Abhishek Kapoor. Some of the earlier reports say that director Abhishek had decided to take legal action against Sara for signing Simmba. The contract had mentioned that Sara could not sign any other film till the release of Kedarnath.