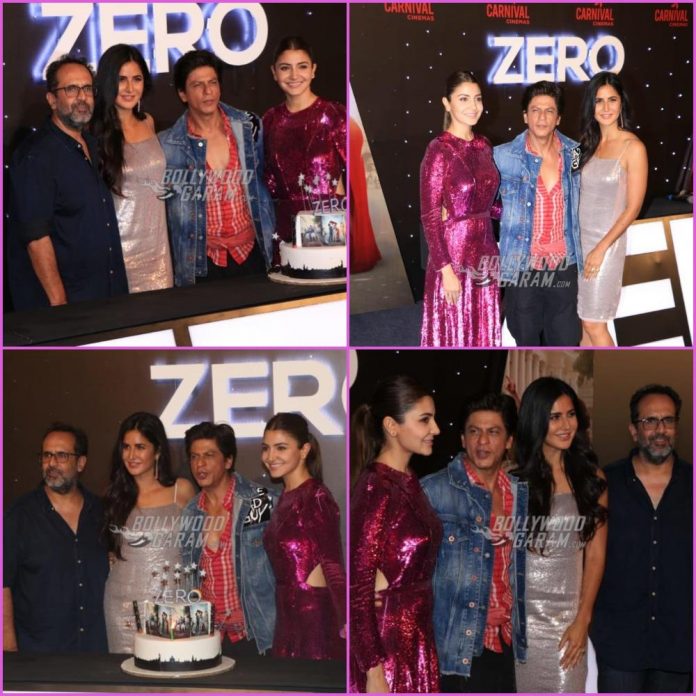 Cast and crew of Zero launched the official trailer at an event in Mumbai on November 2, 2018. The occassion also marked the 53rd birthday of Shah Rukh Khan, who was accompanied by his beautiful co-stars Anushka Sharma and Katrina Kaif. Anushka looked gorgeous in a shimmery pink outfit while Katrina looked gorgeous in a glittery silver outfit with a denim jacket.

The much awaited trailer of the film Zero has been unveiled and the audience cannot wait for the actual film to be released. The film will also mark the return of the Jab Tak Hai Jaan trio that featured in 2012. Zero will see Katrina Kaif play the role of a troubled actress while Anushka will be seen playing the role of a girl who is a scientist and suffers from the neurological disorder.

The actors went straight for the event without posing for the paparazzi. The official trailer has shown an interesting plot where Bauua played by Shah Rukh plays a man who is vertically challenged and falls in love with Katrina Kaif who is a superstar. Zero is ready to be released in theatres on December 21, 2018. Click here to watch the official trailer of Zero.