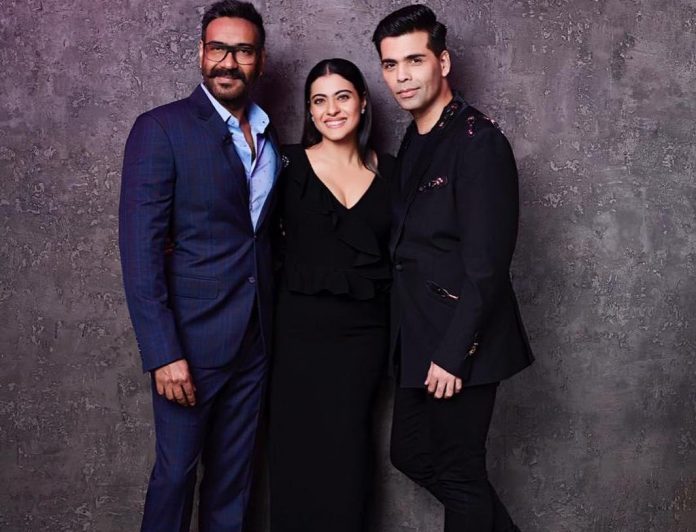 Karan Johar and Kajol had a once shared a great relationship of friendship but due to a few incidents in recent times, the two stopped talking to each other. But gradually, the differences between Karan and Kajol started fading away. At present all seems to be well between the two as Kajol and husband Ajay Devgn shot with Karan for an episode for Koffee With Karan.

Kajol shared a picture of herself with Ajay and Karan on the social media and captioned, “All is well…..”. The couple earlier had a fallout with the producer and filmmaker when the films Shivaay and Ae Dil Hai Mushkil had clashed at the box office in 2016. The two films were pitted against each other and were one of the big releases of Diwali.

A Tweet by the film critic and actor Kamaal R Khan had led to an ugly spat between Karan and Ajay. The Diljale actor had then accused Karan of bribing a film critic to say negative things about Shivaay while Kajol replied as ‘shocked’. This incident ended a decade long friendship between Kajol and Karan Johar. The producer had also mentioned about the incident in his book titled An Unsuitable Boy.

It was the birth of Karan’s twins Roohi and Yash in 2017 which brought Kajol and Karan close once again.