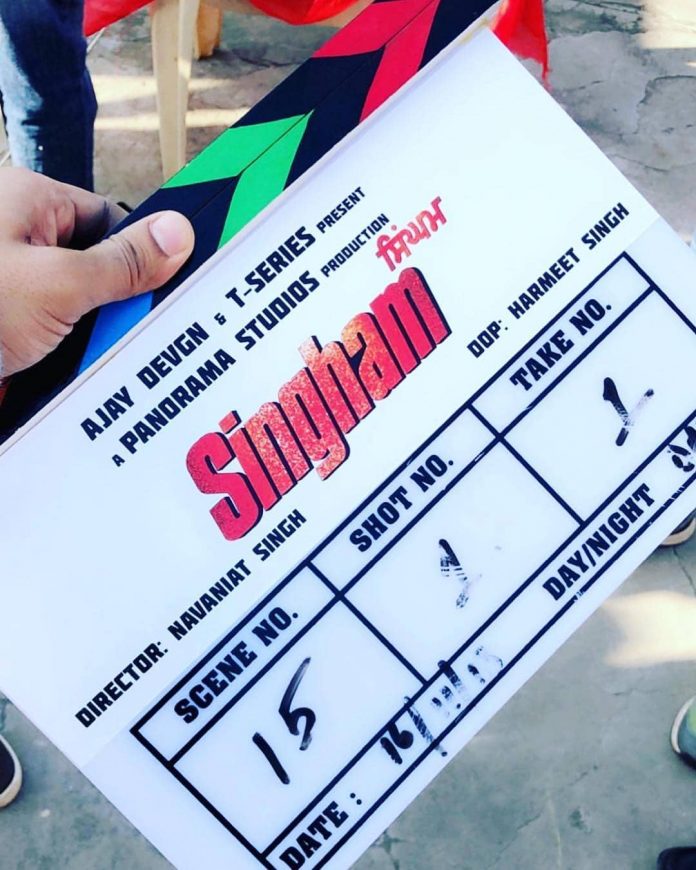 Some of the Bollywood movies become so popular that the audience might like to see them again and again. Many times such movies are then remake in a regional language to make it more enjoyable. Earlier in 2018, Ajay Devgn had announced that his film Singham will be remade in Punjabi. The Golmaal Again star took his social media account to announce the same and also shared the first poster.

The Punjabi version of the film will star Parmish Verma in the lead. Verma is also a singer and is popular for his songs like Taur Naal Shada and Gaal Ni Kadni. The team of the Punjabi version of Singham started shooting for the flick on November 16, 2018. Devgn had a special message for the team as he shared the photo of the mahurat shot.

The actor shared on social media, “Good Luck @navaniatsingh @parmishverma @tseries.official @panorama_studios @kumarmangatpathak @abhishekpathakk.” The film is co-produced by T-Series and is helmed by Navaniat Singh. The Hindi version of the film had Ajay and Kajal Agarwal playing the lead roles and was helmed by the stunt veteran Rohit Shetty. The Hindi version was a remake of the south Indian version.

The Punjabi version of Singham is expected to hit the theatres in 2019.