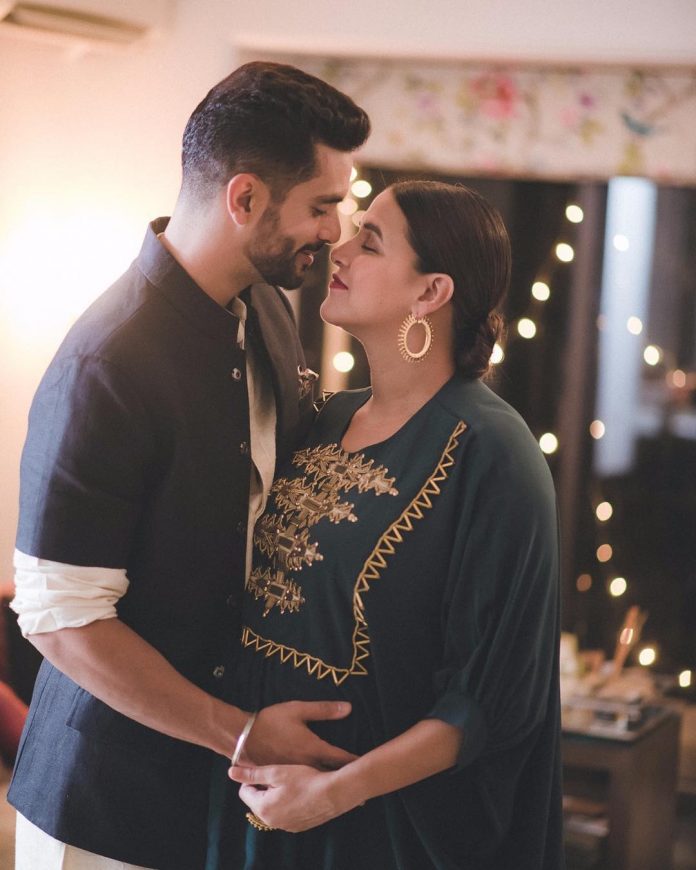 Bollywood couple Neha Dhupia and Angad Bedi have become parents to a daughter on November 18, 2018. The couple released a statement saying that they are overjoyed and the mother and baby are doing fine.

Soon after the news came out, wishes started pouring in from friends, colleagues and family. A special wish came from grandfather Bishan Singh Bedi who wrote “I am thrilled. The baton passes on… that’s how it is from a social point of view.” Angad and Neha are yet to name their daughter.

Another report said that Neha’s family was present during the delivery. Kunal Kemmu and Soha Ali Khan were among the first ones to visit the new parents at the hospital. Neha and Angad got married in a secret wedding ceremony held in Delhi in May 2018. The sudden announcement about their wedding left the fan as well as the couple’s fans shocked.

A few weeks later the couple announced that they are expecting a baby. Angad in a recent interview with Neha Dhupia on her popular talk show No Filter Neha had talked about how he had talked to Neha’s parents about the marriage and about her pregnancy. The actor had thus confessed that Neha was expecting a baby even before their marriage.