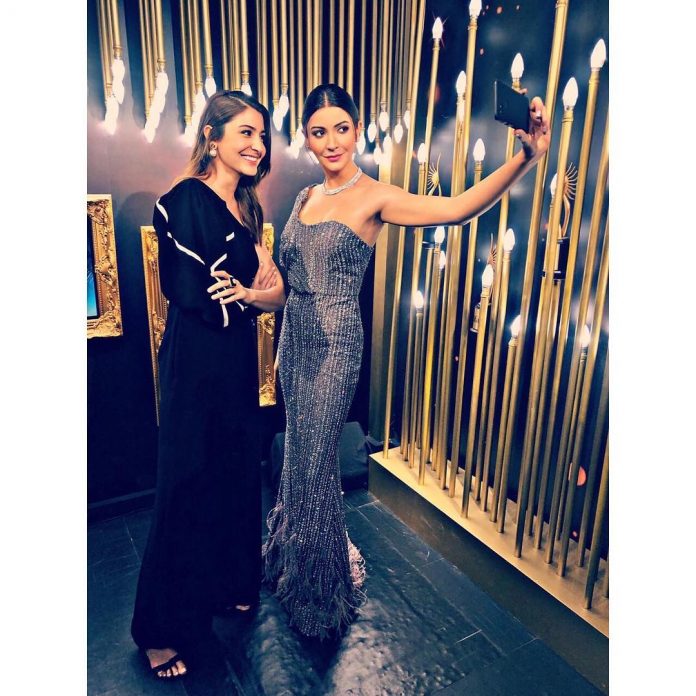 Sharma’s wax figure looks stunning as she can be seen wearing a gorgeous shimmery outfit with a mobile phone that she holds to click a selfie. Yes the figure personally invites the visitors to snap a selfie with her and the pictures can be digitally shared with friends and family. An excited Anushka Sharma at the launch event expressed, “It’s damn creepy, this is so real” .

The Rab Ne Bana Di Jodi actress herself looked stunning in a black jumpsuit and looked happy and excited when she had a rendezvous with her wax figure. On the work front, the actress was last seen in the film Sui Dhaaga – Made In India opposite Varun Dhawan and will soon be seen in the upcoming flick Zero which also stars Shah Rukh Khan and Katrina Kaif.