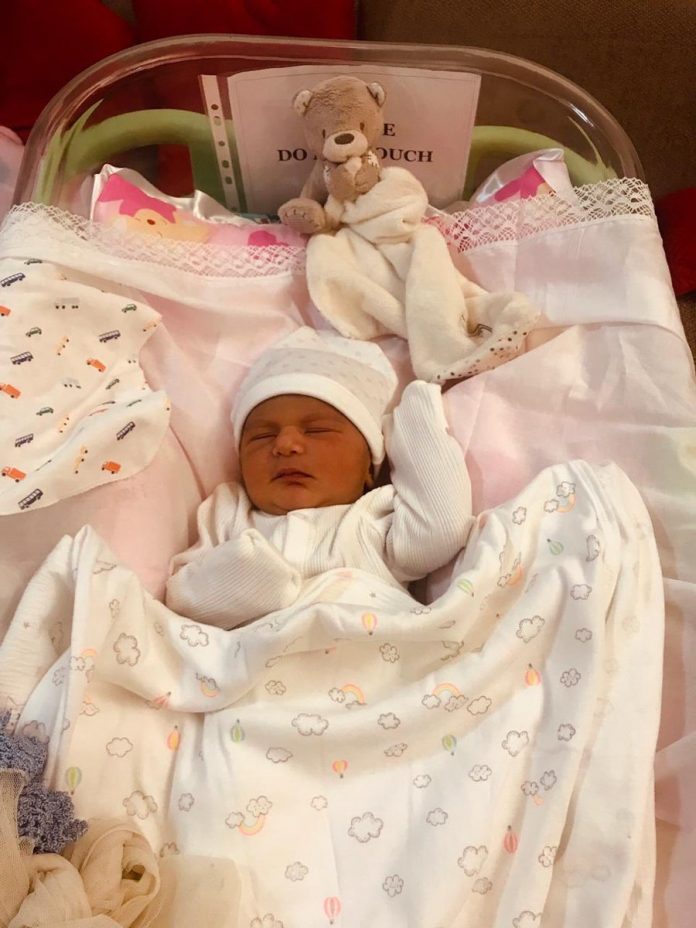 Neha Dhupia and Angad Bedi became proud parents to a daughter on November 18, 2018. Friends and colleagues of the couple took their social media accounts to congratulate the couple. Grandfather Bishan Singh Bedi shared the first picture of his granddaughter on the social media. Neha and Angad have named their daughter Mehr Dhupia Bedi.

The picture showed little Mehr in a white baby suit wrapped in a cozy baby cover and had the caption, “U Little Beauty MEHR..another Lifeline for Grandparents…Both Maternal & Paternal..Aren’t we Blessed..?!! Yes All of it by Guru’s MEHR Only..GodBless Little One..Welcome to this Journey..Ordained by Almighty WaheGuru..!!” Angad Bedi’s parents had immediately flown down to Mumbai to meet the new born.

Friends of the couple have been visiting them at the hospital. Close friend Soha Ali Khan has been by Neha’s side. Choreographer turned director Farah Khan met the couple and their daughter. Angad and Neha had got married in a private ceremony at a Gurudwara in Delhi on May 10, 2018. The wedding of Neha and Angad had surprised the fans and even some of their close friends.

Soon after their wedding, the couple announced that they were expecting their first child together. Neha Dhupia has been active in terms of work and was shooting for her show No Filter Neha till the last moment.