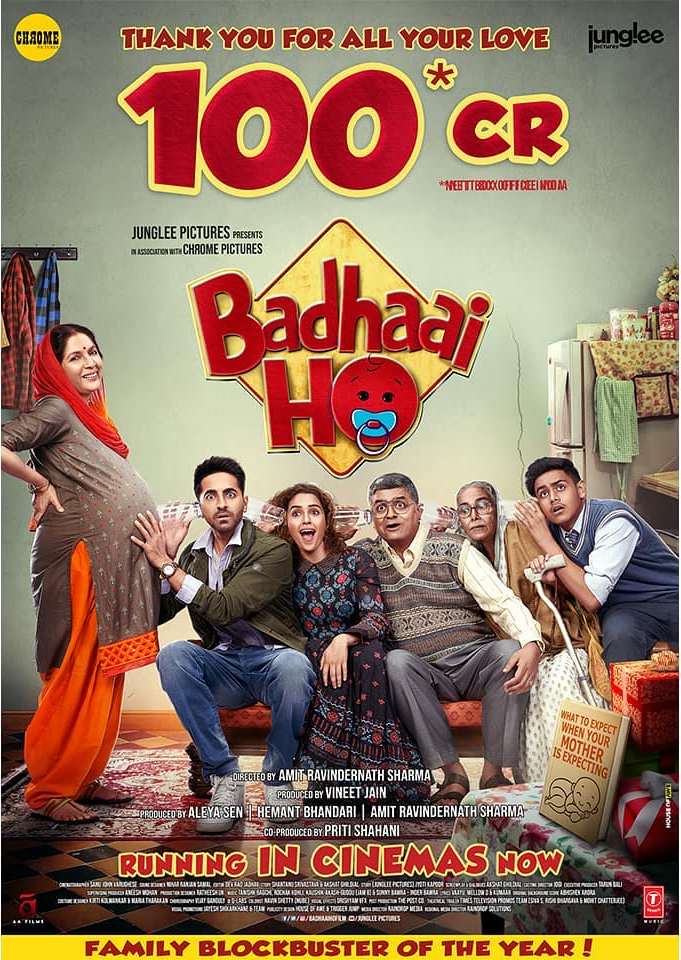 Comedy drama film Badhai Ho hit the silver screens on October 18, 2018 and ruled the hearts of the audience and kept the box office ringing. Aamir Khan and Amitabh Bachchan starrer Thugs of Hindostan, which was touted as one of the much awaited films of 2018, was released on November 8, 2018. Despite having separate releases, the Aayushmann Khurrana and Sanya Malhotra starrer flick maintained its dominant position at the box office.

Badhai Ho has crossed Rs. 200 crores across the globe according to trade analyst Taran Adarsh. The analyst also noted that the lifetime collections of Badhai Ho will exceed those of the Aamir Khan starrer Thugs of Hindostan, which is one of the most expensive films made in Bollywood. Aayushbmann Khurrana starrer flick collected Rs. 158 crores in India and Rs. 43 crores in the overseas market and has collected a gross of Rs. 201 crores.

The film has also marked Ayushmann’s winning streak with the box office numbers and had began his career with the flick Vicky Donor. For Thugs of Hindostan, this is surely not a good news as there were high expectations from the film but things could not work out due to poor script and poor editing. The film also stars Katrina Kaif and Fatima Sana Sheikh playing important roles.