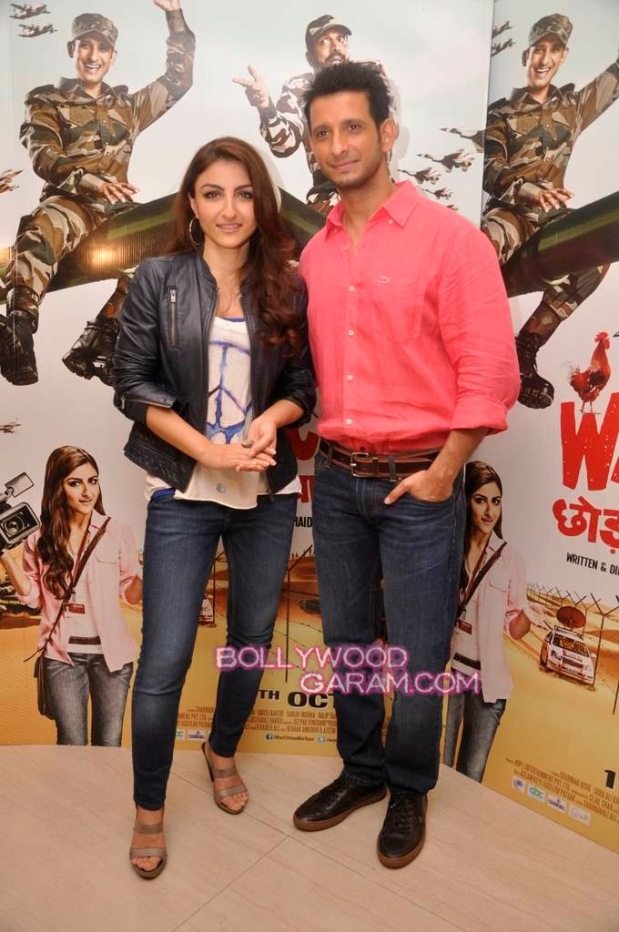 BollywoodGaram.com: Actress Soha Ali Khan recently landed on the sets of the show ‘Comedy Nights With Kapil’ in Mumbai on September 25, 2013 for promoting her upcoming movie ‘War Chodd Na Yaar’ . Before leaving for the event, the actress tweeted about her appearance with co-star Javed Jaffery.

After her appearance, the ‘Rang De Basanti’ actress again Tweeted again about her experience and said that she had plenty of fun on the sets with Kapil and Javed.

Soha is all set to appear in the upcoming movie with Sharman Joshi and Javed Jaffery. Soha at the sets was also seen clicked with Kapil Sharma.