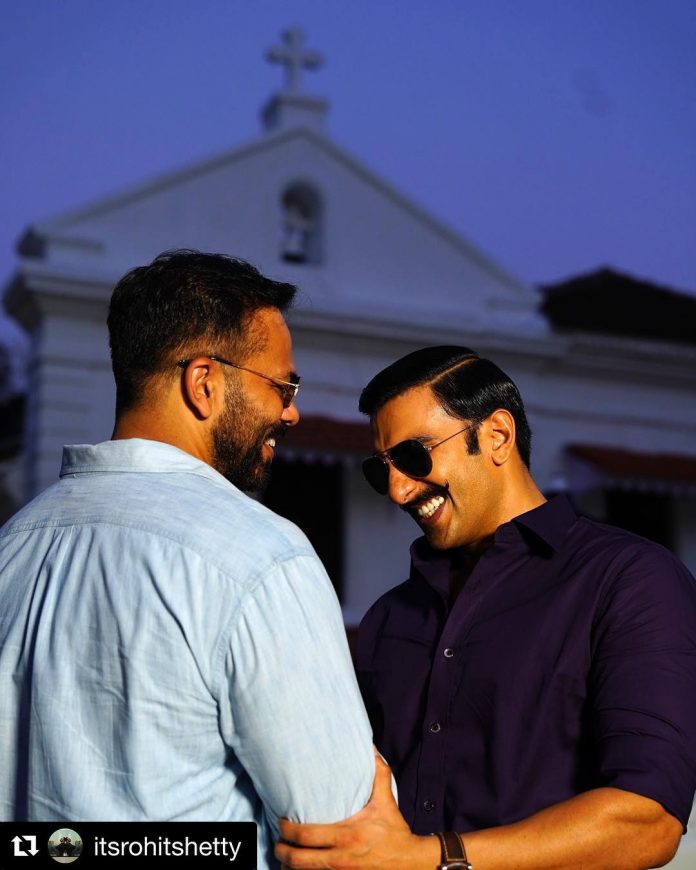 Newly-weds Ranveer Singh and Deepika Padukone returned to Mumbai after their grand wedding reception on November 22, 2018. Since there is time for their second reception, Ranveer has got back to work and was snapped dubbing for his upcoming film Simmba.

Singh has started dubbing for Simmba and was seen at the YRF studios in Mumbai. One of the lucky fans got a chance to click a selfie with Ranveer while he was on his way. Ranveer in the selfie was seen in a white t-shirt and an orange zipper jacket.

Singh’s upcoming film is helmed by Rohit Shetty and is co-produced by Karan Johar under his home production banner Dharma Productions. The actor will be seen romancing young actress Sara Ali Khan. The film will be released in theatres on December 28, 2018 and the makers will be releasing the official trailer on December 3, 2018. Simmba also stars Sonu Sood, Vrajesh Hirjee and Ashutosh Rana. Ajay Devgn will be seen in a special appearance as Bajirao Singham. Arshad Warsi will also be seen as himself.

On the personal front, Ranveer and Deepika will be hosting a wedding reception in Mumbai on November 28, 2018 and another grand bash will be hosted for friends from Bollywood on December 1, 2018.